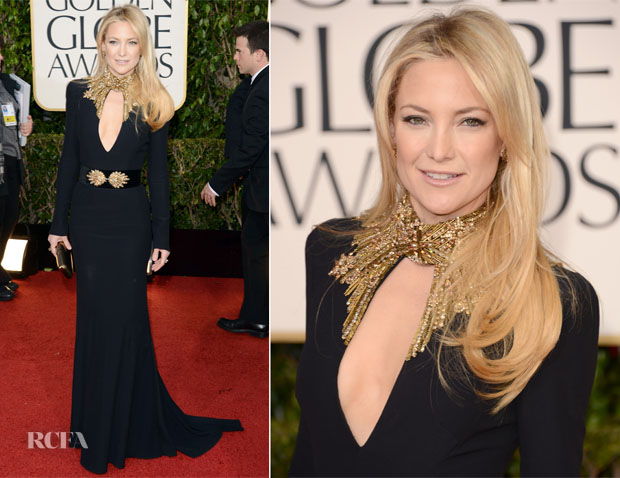 The actress covered up in a black Alexander McQueen with long sleeves and a slight train. The flash of skin came into play with a significant keyhole-shaped detail.

The look was at once Victorian and vampy with its gold-leaf embellishment at the waist and the intense metallic collar piece,  although Kate’s long blonde locks covered much of it and muted the impact.

She did smartly keep her makeup on the more minimal side; anything else would have been far too costume-y.