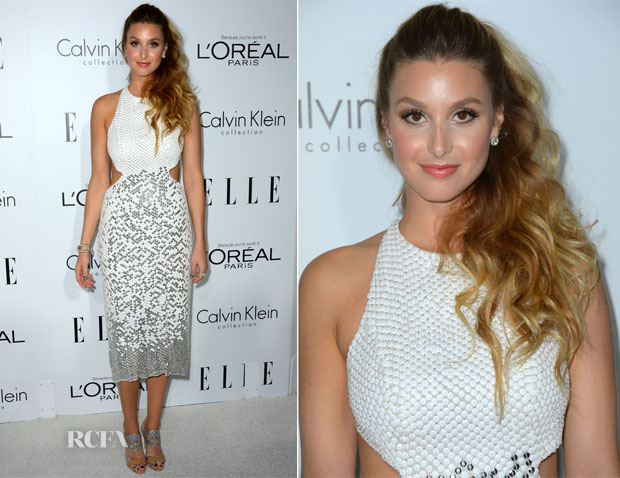 If you’re thinking that Whitney is wearing a look from her recently presented Spring 2013 collection, you’d sadly be wrong.

Unlike her former ‘The Hills’ co-star Lauren Conrad, Whitney opted not to promote her own line, but promote ASOS instead.

Whitney’s white halter dress with an open back and white-and-silver sequin embellishments was styled with Jerome C. Rousseau silver-and-nude sandals and silver jewels.

Meghan, Duchess of Sussex In ASOS &...

Lauren Conrad In Paper Crown – Design for the Cure Gala