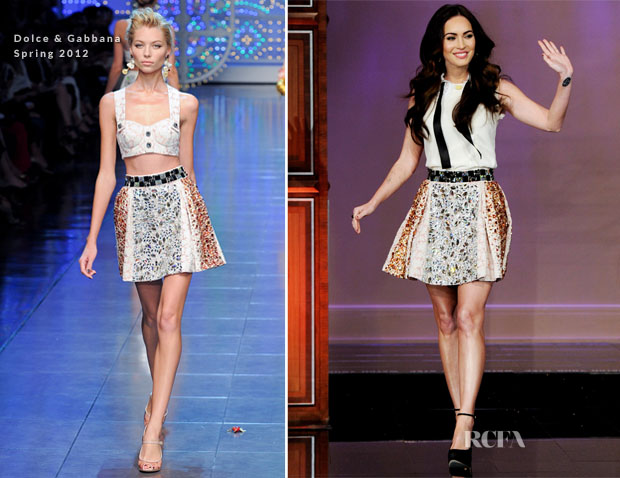 Megan Fox made a guest appearance on ‘The Tonight Show with Jay Leno’ on Monday to promote her upcoming movie, ‘Friends with Kids’, which is set to hit theatres on March 9th.

She showed off her toned legs wearing a Dolce & Gabbana Spring 2012 skirt which had silver, white and gold embellished pleats.

The actress teamed her skirt with a white sleeveless top with black satin ties.

With so much detail on the skirt, maybe Megan should’ve considered a simpler top.