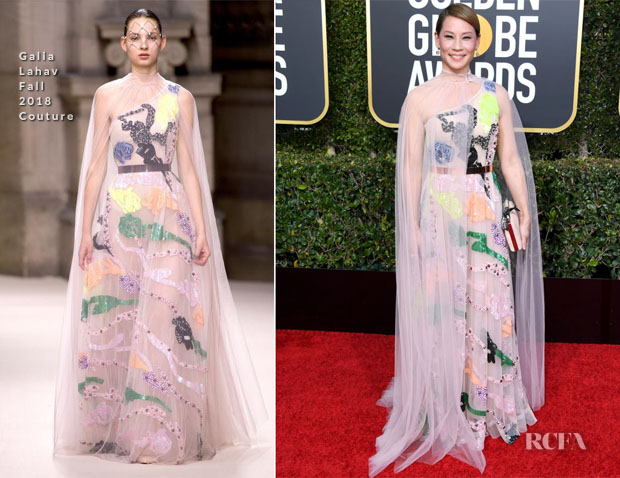 Lucy Liu was in a whimsical mood at the 2019 Golden Globes on Sunday (January 6) in Beverly Hills, California.

Her Galia Lahav Fall 2018 Couture gown was a playful piece with its winding embellishment and ethereal sentiment. It’s not the direction many would have expected her to take which makes it all the more intriguing.

She styled it with the sheer cape turned off-center to align more with the asymmetrical neckline.

Had the style been crafted in saturated colours, it would have been a true showstopper. Alas, the wishy-washy pastels don’t do anything for her.