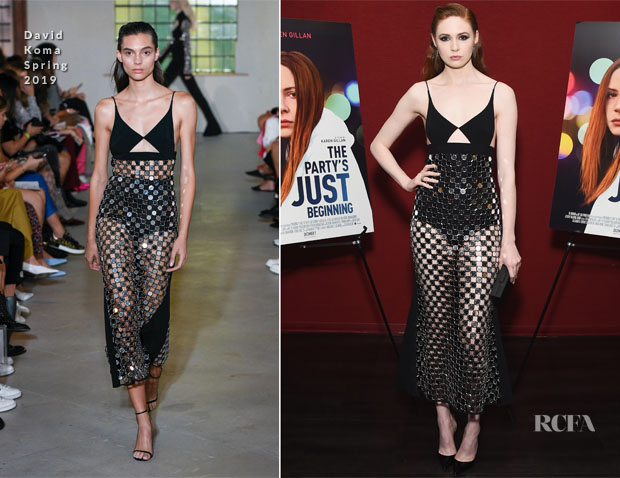 ‘The Party’s Just Beginning,’ which was written, directed and stars Karen Gillan, was presented during a special screening in Santa Monica on Friday (December 7).

The British actress, whose red carpet style has become more daring of late, opted for a David Koma Spring 2019 dress.

This dress has everything you expect from a David Koma piece; alluring cutouts and gleaming embellishments, the only thing that is unexpected, is Karen wearing this dress.

I’m pretty sure this look won’t go down too well considering the comments on her Christopher Kane sheer dress, but I think she nailed this look.

I get fashion forward rather than sleazy.