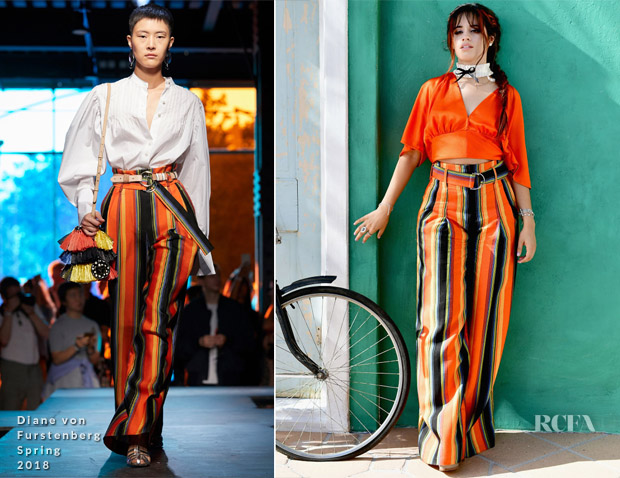 Camila Cabello worked closely with L’Oréal Paris to create a 14-piece collection which is not only influenced by her song, but is also a tribute to the natural beauty she grew up surrounded by in her beloved home city of Havana.

Officially launched on July 15, the singer hosted a party in Pacific Palisades, California on Tuesday (July 24) to celebrate.

And she did so in quite some style wearing a tangy look which featured Diane von Furstenberg trousers defined by stripes of bold, happy colours which certainly struck the right mood for the event.

As fun as they are oversized, the trousers allow for numerous styling opportunities. She also performed at the event, so I will give the somewhat random ruffled collar a pass. 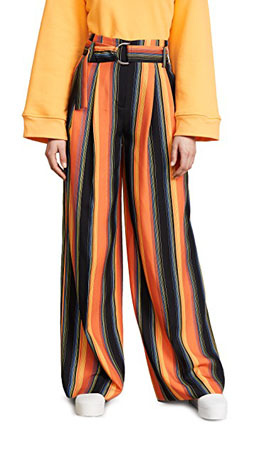 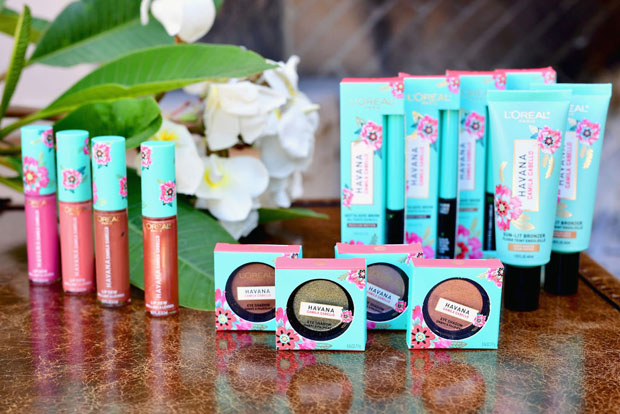