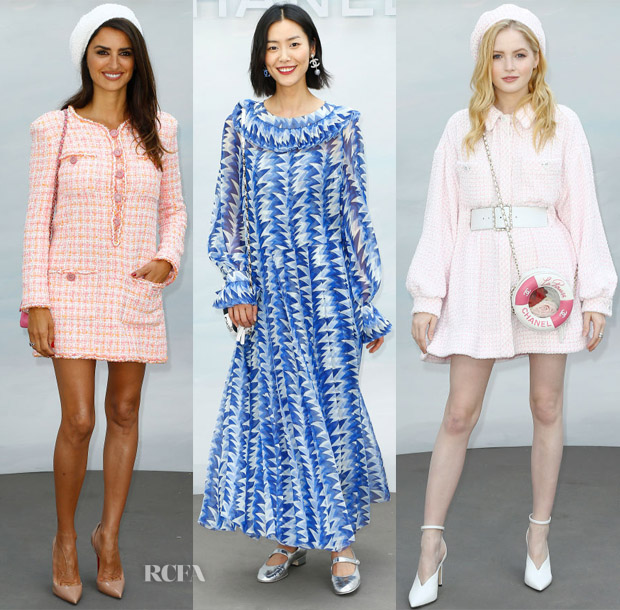 Chanel presented their Fall 2018 Haute Couture show in Paris on Tuesday (July 3), with a host of stars, including their most loyal ambassadors in the front row.

Penelope Cruz: The Spanish actress was portraying a Parisian princess in her Chanel tweed dress and beret comb. I adored this look from head-to-toe as it was such and fun departure for Penelope.

Liu Wen: The model was appropriately dressed for the heatwave in this easy, breezy chiffon cool-blue Chanel dress. She continues to be my best dressed model.

Ellie Bamber: As one of Chanel’s official ambassadors, I wasn’t surprised to see the British actress in the front row. Oozing the same charm we got from Penelope’s look – thanks to the beret – my favourite part of this look was her Lifebuoy Chanel bag. 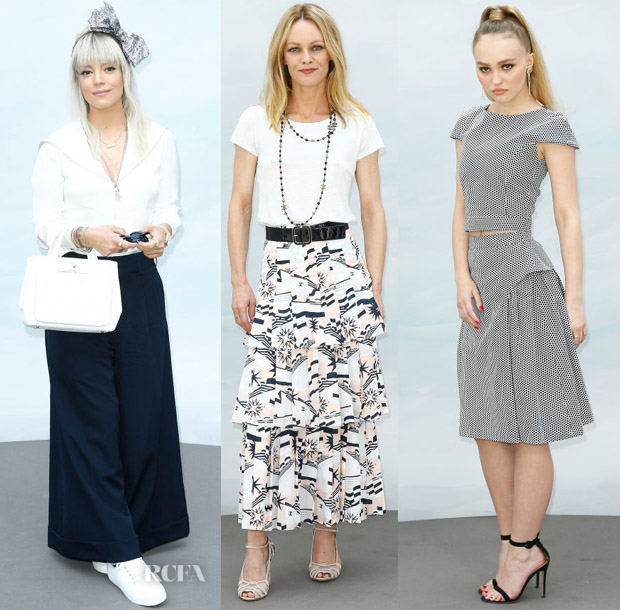 Lily Allen: It’s a little bit nautical and a little bit cutesy. Usually Lily tries a bit too hard, but I didn’t get that from this look.

Vanessa Paradis: Bold prints continues to be part of her Chanel journey. This was a typically uber chic Chanel look from the French actress.

Lily Rose Depp: Alongside her mother, the model was striking quite a pose in her Chanel look. 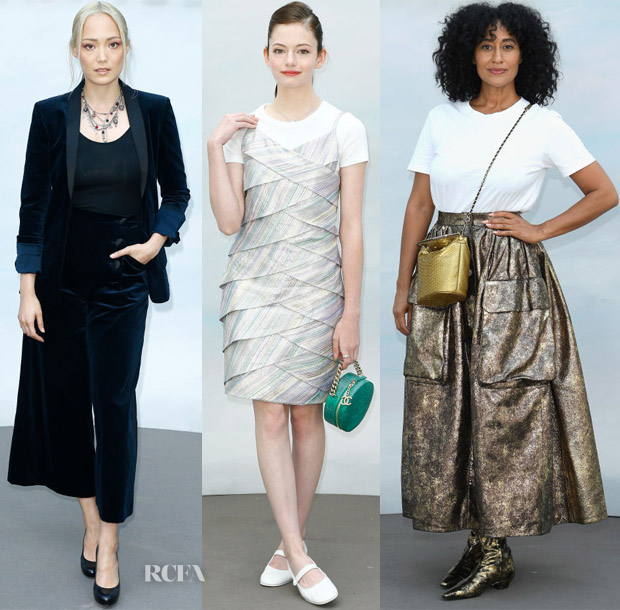 Pom Klementieff: Velvet during this heatwave seems absurd, but I’m more disappointed that Pom’s natural flare didn’t come out to play at this event.

Mackenzie Foy: I love how the youthful spirit was injected into the young actress’ look thanks to the layering of the t-shirt and the accessories.

Tracee Ellis Ross: I wanted to say this was simple and chic, but the gilded gold pieces here really amp up Tracess’s look .

Penelope Cruz Wore Chanel To The ‘...