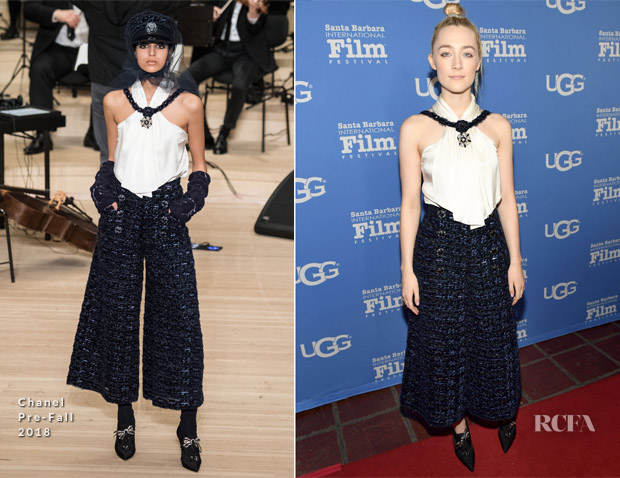 It’s fair to say that you strongly disliked her DGA Awards Calvin Klein look, but I’m confident the Irish actress will win you back with this Chanel Pre-Fall 2018 look.

Because it’s feels classic, yet youthful at the same time. The look is endlessly charming, fresh and the styling was kept to a minimum to allow all the characteristics from the outfit to shine.

This is probably my second favourite look this awards season from Saoirse following her Atelier Versace Golden Globes gown.