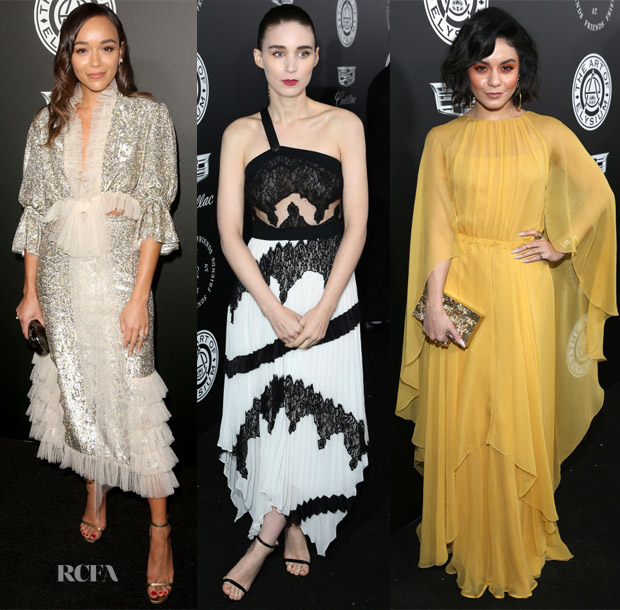 As to be expected, there was a rush of stars at the 11th annual edition of The Art of Elysium Presents John Legend’s HEAVEN was held on Saturday (January 6) in Santa Monica, California.

Ashley Madekwe: I was a bit surprised to see Ashley donning the Rodarte Fall 2017 look that Nicole Kidman wore to the 2017 Cannes Film Festival. I will say the proportions of the glittery, ruffled look seemed a bit better suited to Ashley.

Rooney Mara: The actress looks to be continuing 2018 with her favoured colour palette of black and white with this Givenchy Spring 2018 lace-accented, asymmetrical dress.

Vanessa Hudgens: I like the enchanting sweep of this Alberta Ferretti Fall 2017 cape gown styled with an Emm Kuo clutch. What betrays the look a bit is the heavy-handed, rust-hued eye makeup, which is a bit too much in the red colour family. 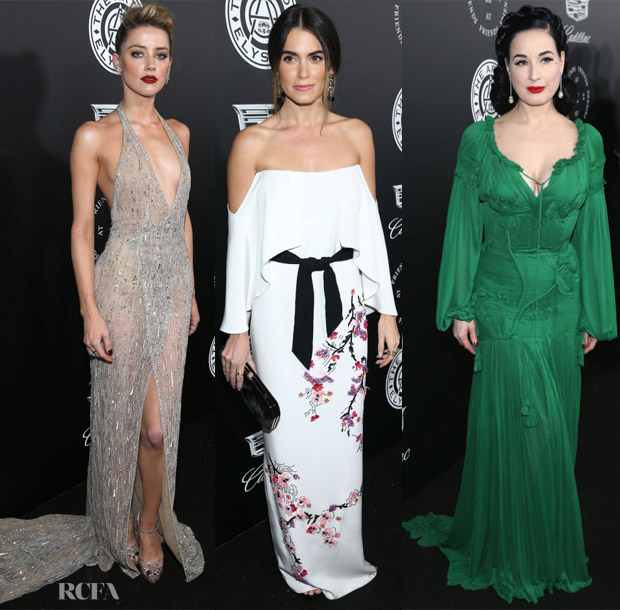 Amber Heard: This glinting, embellished Georges Hobeika Fall 2017 Couture gown packed a seductive punch with its plunge silhouette, backless detail, and sheer effect. I don’t think there’s any denying, though, how elegantly Amber managed to wear the barely-there dress, making it her own via mismatched earrings and a dark, vampy lip.

Nikki Reed: This Monique Lhuillier Pre-Fall 2017 gown delivered its own take on romance with its off-the-shoulder shape, black sash, and floral motif. A Tyler Ellis clutch rounded out the look. 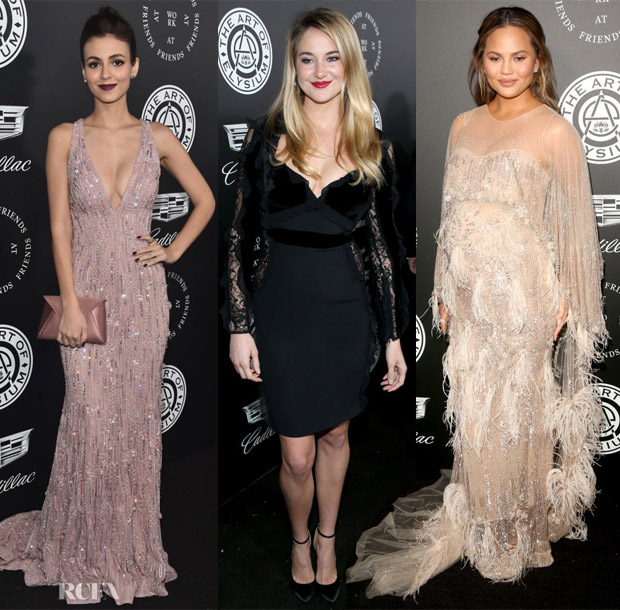 Victoria Justice: The starlet added a more gothic twist to her mauve, embellished Michael Cinco gown with her oxblood lip and nails. 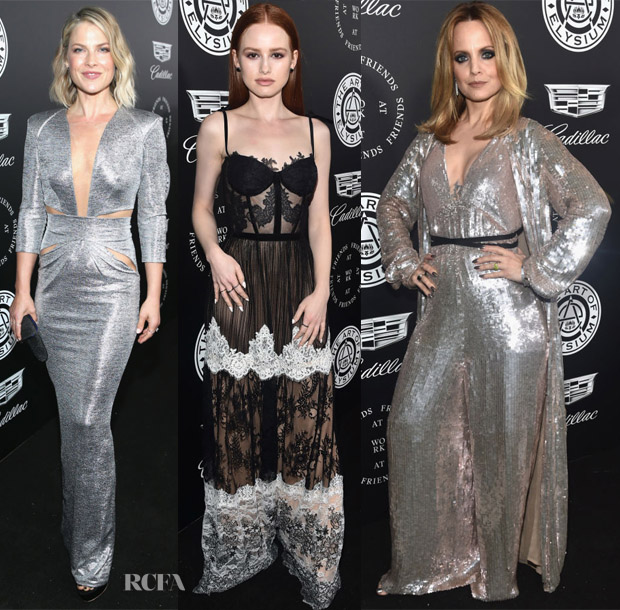 Ali Larter: In addition to its form-fitting shape, this Hamel silvery gown relied on a plunge neckline and strategically placed cutouts for additional sultry appeal.

Mena Suvari: Disco fever was alive and well in this Temperley London Spring 2018 look that had Studio 54 glitz in spades. Was it too much glitz with the wide-leg jumpsuit and the matching long jacket, too?