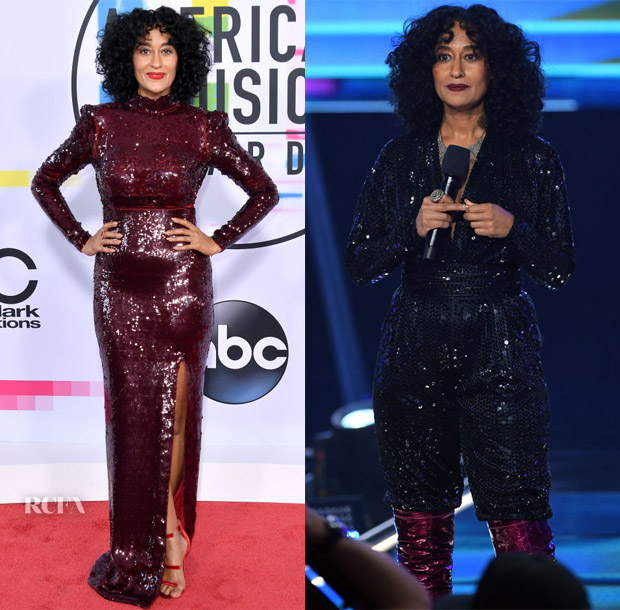 Tracee Ellis Ross hosted the 2017 American Music Awards on Sunday (November 19) in LA, where her mother Diana Ross was honored with a lifetime achievement award, and her brother, Evan Ross with wife Ashlee Simpson Ross were also in attendance.

Starting off with two sparkling looks, Tracee graced the red carpet wearing a Stella McCartney frock. I didn’t quite get her red Tamara Mellon sandals until I realised they pick up the exposed red seams of her dress. Her jewels were courtesy of Irene Neuwirth.

I like how her embellished vintage Halston jumpsuit from Shrimpton Couture was giving off a 60s vibe especially when paired with her fuchsia pink go-go boots. 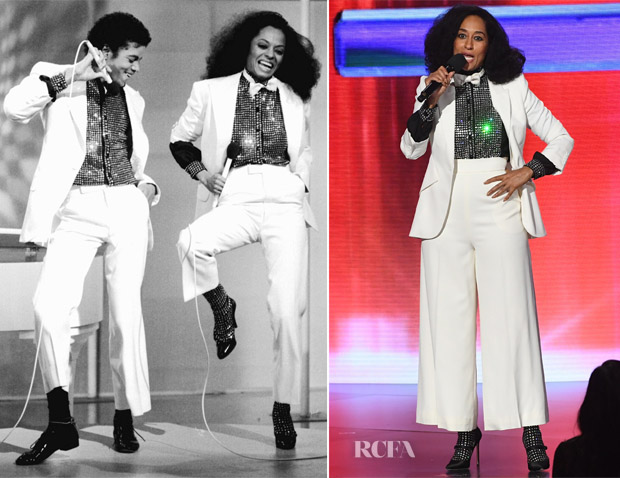 What a perfect way to pay homage to not one but two icons of music wearing a Christian Siriano Resort 2018 look. She totally nailed it, right down to her Manolo Blahnik embellished booties. 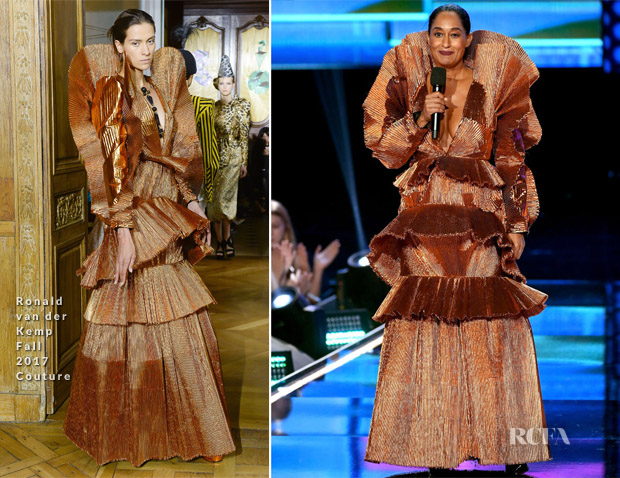 I don’t feel like this Ronald van der Kemp Fall 2017 Couture avant-garde look will go down so well, especially being so close to Thanksgiving and all, but I actually like it.  It’s a tricky look but I really feel like she pulled this off.

My only wish is that it would’ve saved for the Met Gala, where it would’ve been given the credit it deserves. 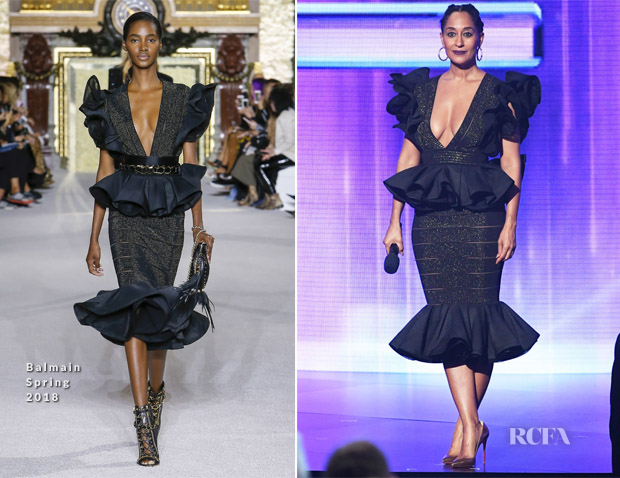 My feeling about this Balmain Spring 2018 dress is that I think the plunge should’ve been modified by an inch. 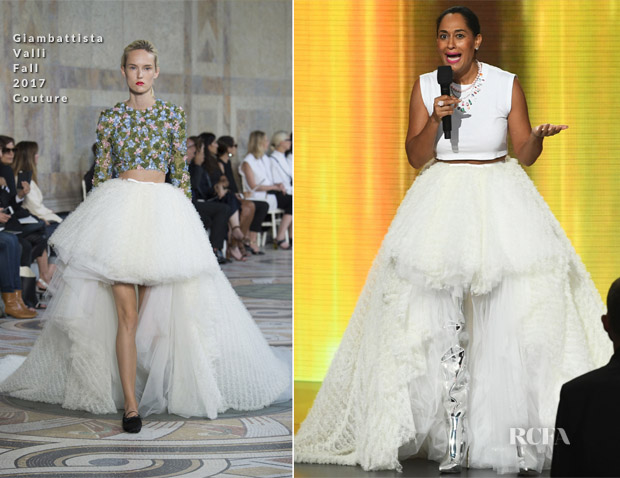 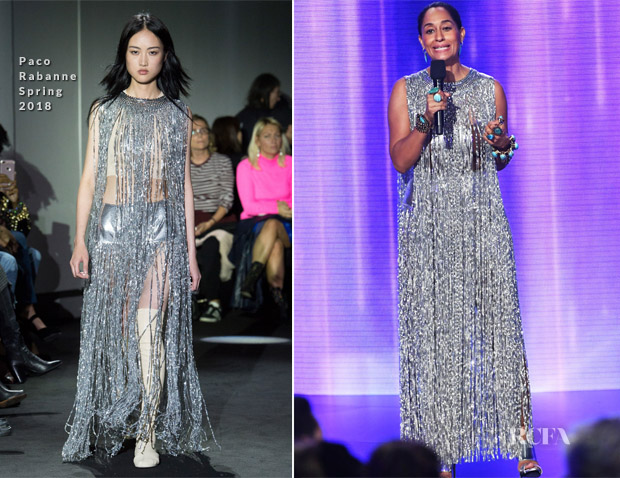 Tracee couldn’t let this event pass without some disco-glam and that came courtesy of Paco Rabanne. 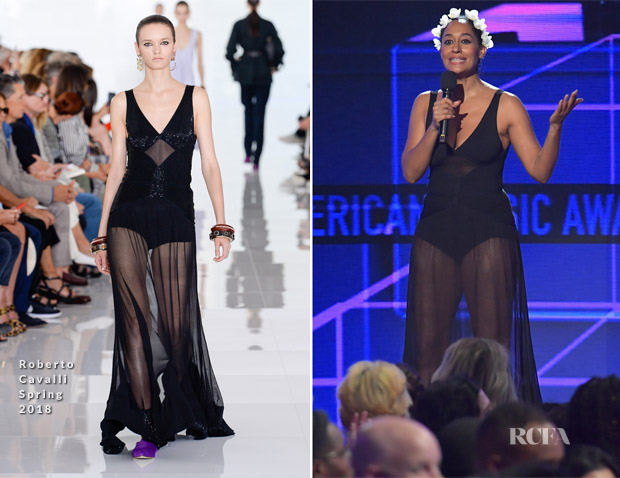 As we don’t get the AMAs live in the UK, I am not sure in what context this Roberto Cavalli Spring 2018 look was used, but for some reason, Black Swan immediately sprang to mind.