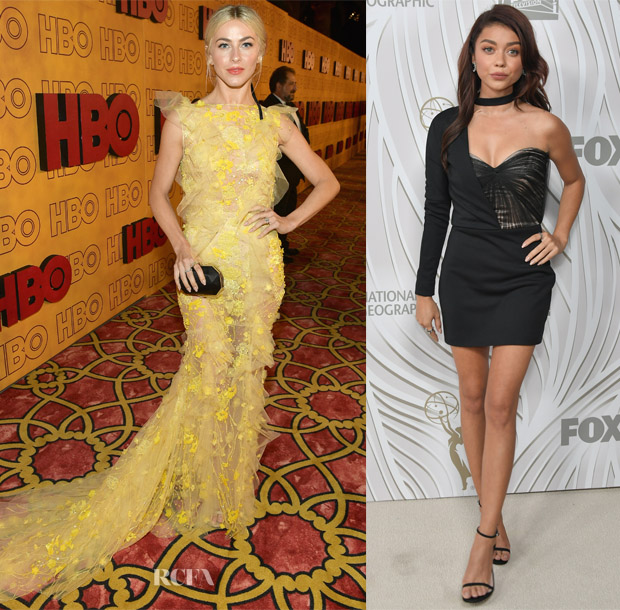 Following the big show, came the Emmy’s after parties hosted by HBO and FOX which saw a few celebrities change into second looks.

Julianne Hough: When it comes to after-parties, the idea is to switch into something more comfortable to get your groove on without the fear of someone stepping on the train you’ve been carrying around during the awards ceremony, but Julianne has different idea. She used the occasion to dress up again, wearing a Monique Lhuillier Spring 2018 gown with a train longer than her Marchesa gown. I love the ethereal nature of the gown, but I really dislike the clutch here and I feel like she’s a tad overdressed for the occasion.

Sarah Hyland: When I look at Sarah in this Vatanika Spring 2018 LBD, I’m like, “yes, she gets it. She came to party”. 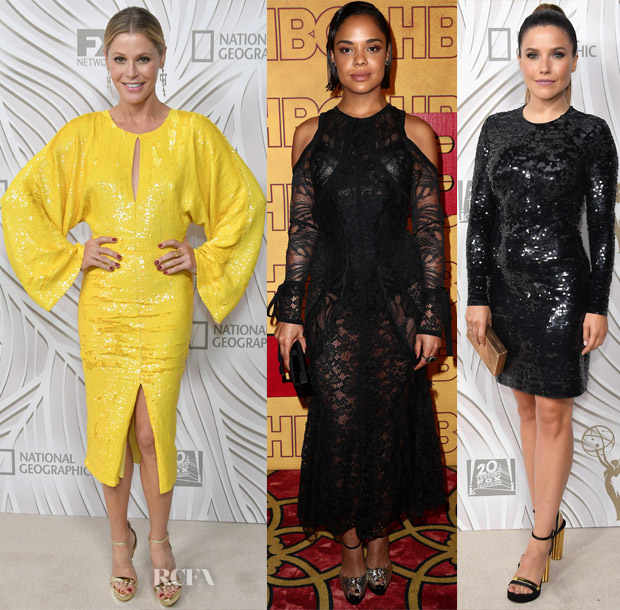 Julie Bowen: This yellow Jeffrey Dodd Resort 2018 sequin dress was my favourite of the after-party looks mostly because of the vibrant colour and because Julie went all black for the main event. Aldo shoes and Sylva & Cie jewels rounded out her look.

Sophia Bush: Sophia’s mini LBD was given a boost with Salvatore Ferragamo platform shoes and a gold Lee Savage clutch. 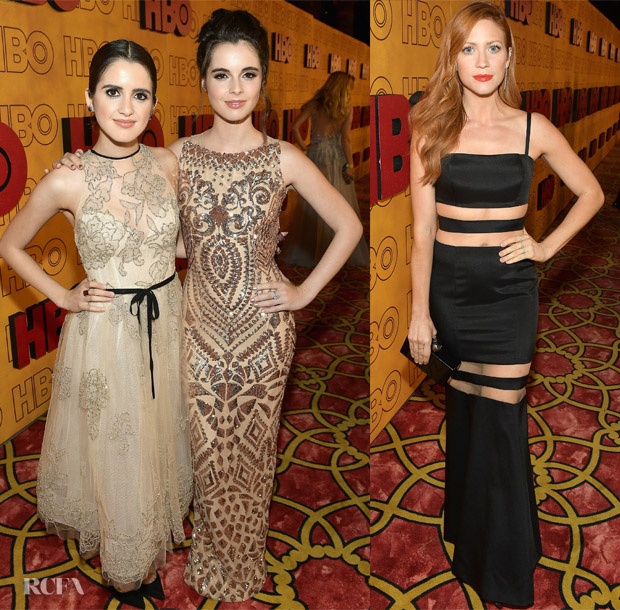 Laura Marano: While I like the dainty quality of her Monique Lhuillier dress, I’m not so fond of the Schutz black pumps here. A strappy sandal would’ve ensured the look was more cohesive.

Brittany Snow: I know many of you aren’t fans of belly buttons on display on the red carpet, so this John Paul Ataker Fall 2017 sheer panelled dress might not go down to well. 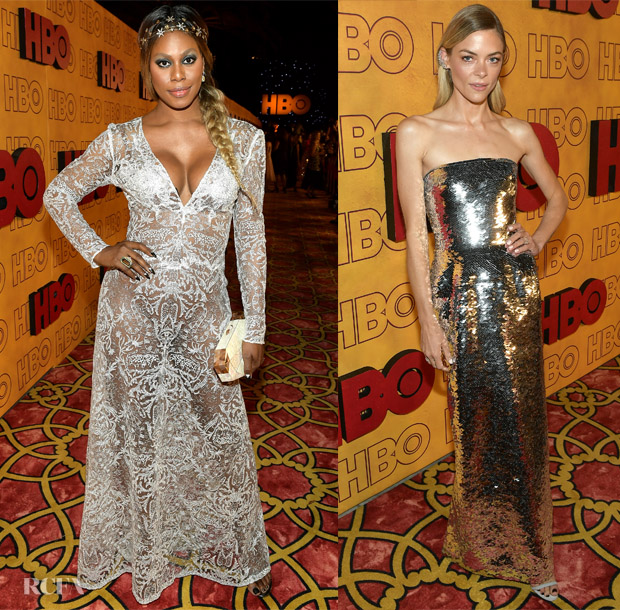 Laverne Cox: I love Laverne, but this is the I was gobsmacked by her Tadashi Shoji Spring 2017 gown.  Yes, she is wearing underwear, but she looks totally naked under there.