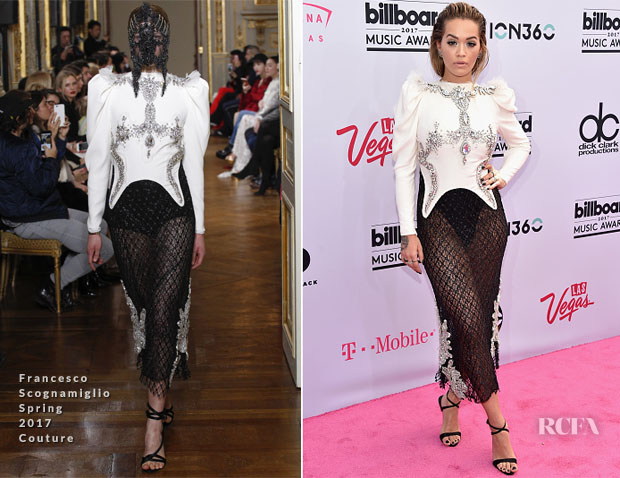 Rita Ora was back on the red carpet for the 2017 Billboard Music Awards on Sunday (May 21) in Las Vegas, Nevada.

I have always been a sucker for couture craftsmanship which the top half of Rita’s Francesco Scognamiglio Spring 2017 Couture look possesses in spades.

As I result I wasn’t particularly bothered about the sheerness of the skirt, until I saw a picture of this from the back which revealed she was wearing a thong.

This isn’t the first time we’ve seen Rita’s bare butt cheeks on the red carpet, so we shouldn’t be too surprised.