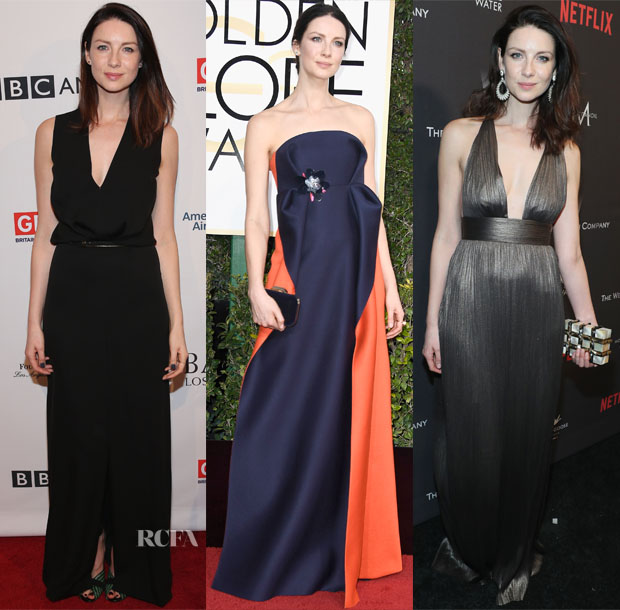 2017 Golden Globe Awards: Nominated for her role on ‘Outlander,’ the actress was one of my favourites at the Golden Globes. Amidst the madness of sequins and sheer not to mention eye-popping hues and daring plunges, this Delpozo Pre-Fall 2017 colour-blocked gown stood out simply by virtue of its seductive subtlety. The bold navy and melon hues were delicious and the folded draped of the brooch-pinned waistline contributed to the captivatingly chic quality of the design.

Golden Globes Party: Plunge and plisse pleating shows up yet again in this Maria Lucia Hohan metallic gown, except here the effect registers as a bit dull and even dated which was due in part to the styling. However, this look had tall heels to fill after her Delpozo entrance, so it shall be forgiven for not quite making the cut. 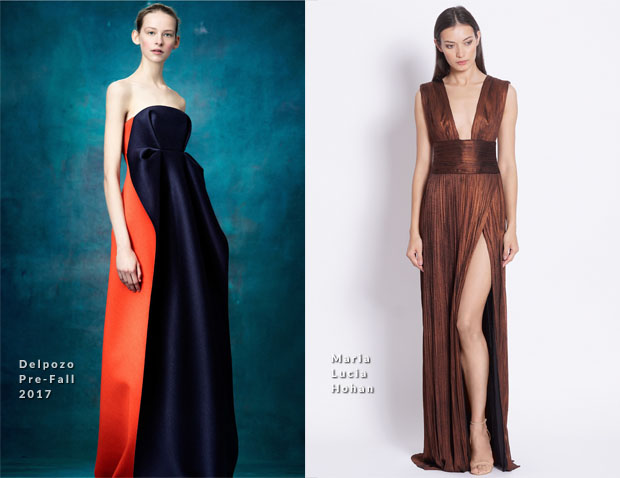