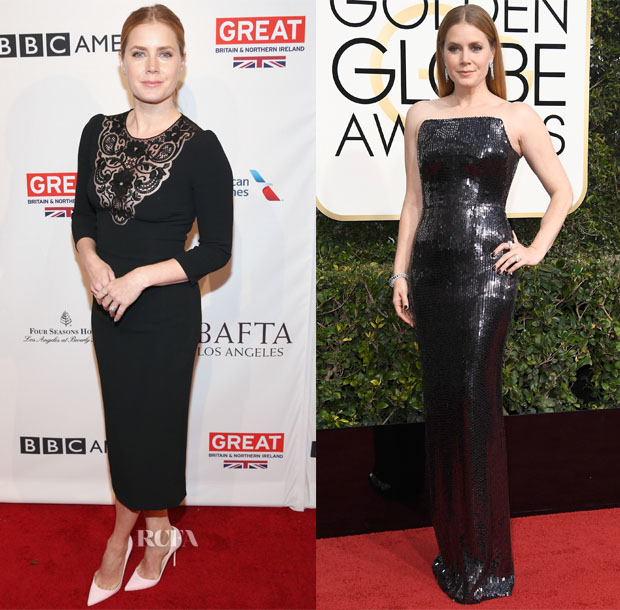 Amy Adams made an appearance at the BAFTA Tea Party at the Four Seasons Hotel on January 7 before attending the 2017 Golden Globe Awards at The Beverly Hilton Hotel on January 8, where she was nominated for Best Actress for her role in ‘Arrival.’

BAFTA Tea Party: The actress wore a sophisticated twist on an LBD by Dolce & Gabbana that featured the added impact of a sheer lace inset neckline. I applaud her skipping the standard black pump, but the baby-pink version has left me in limbo as to what to make of them. They wouldn’t have been my first or second choice as they almost looked white.

Golden Globe Awards: Perhaps she was channeling her sci-fi film, ‘Arrival,’ with this dark-sequined Tom Ford gown which had somewhat of a futuristic touch in the sculpted bodice and slinky, reflective silhouette.