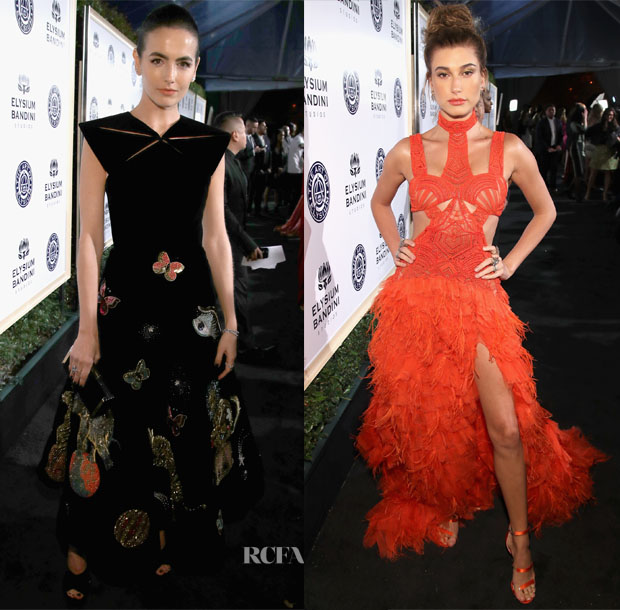 The Art of Elysium celebrated its 10th anniversary with a gala themed Stevie Wonder’s HEAVEN, hosted at Red Studios on January 7, 2017 in Los Angeles, California, where a wonderland of looks took to the red carpet.

Camilla Belle: As the evening’s honoree, Camilla Belle took my breath away in her Schiaparelli Fall 2016 Couture gown that had the fanciful whimsy of a skirt embroidered with colourful creatures and the sharp elegance of an architectural bodice. Her sculptural top knot was the perfect finish. 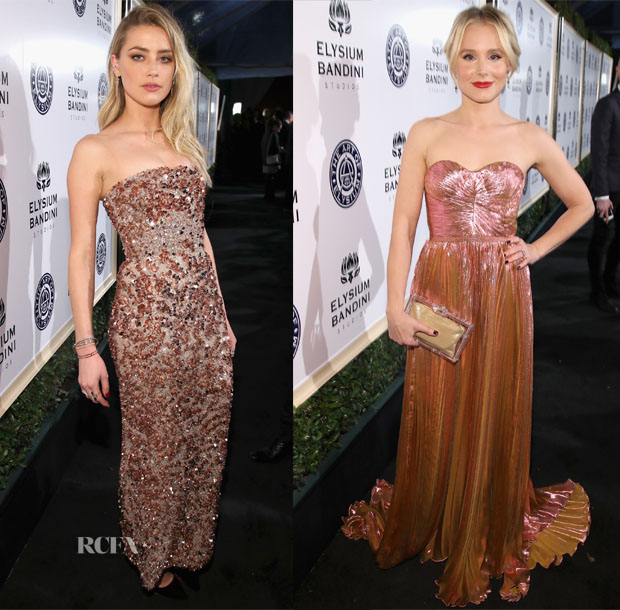 Amber Heard: Enchanting as ever, Amber Heard was a girl crush of crystals in her J. Mendel bronze gown.

Kristen Bell: A vision in liquid rose-gold, the actress shone brightly in a Maria Lucia Hohan strapless plisse gown that merged all the shades of a glorious sunset in the tropics. 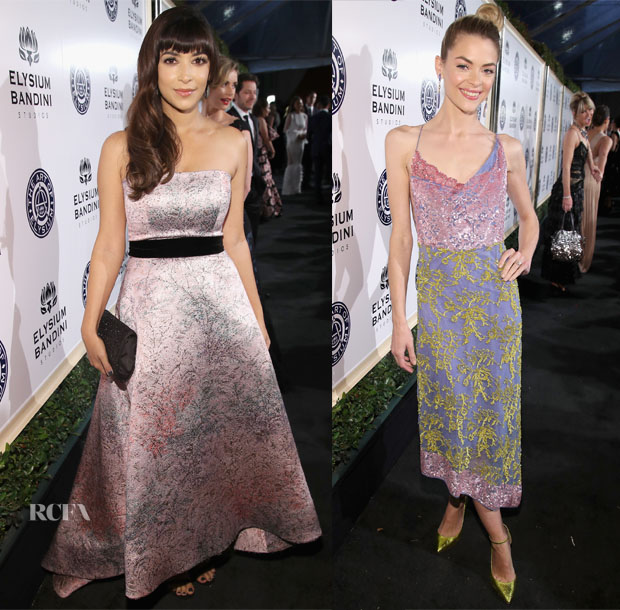 Jaime King: It was all about asymmetry for the actress who paired her side ponytail with an Altuzarra Resort 2017 sequin-embroidered slip dress in a stylistically clashing palette of baby pink, sky blue, and olive green that all worked. 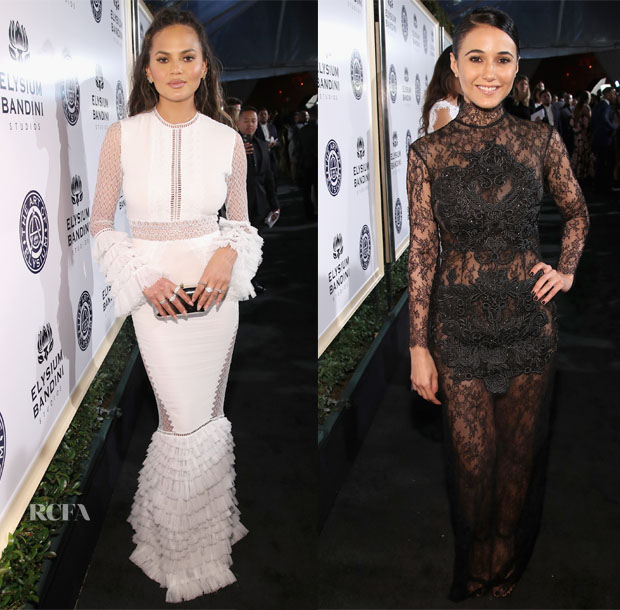 Emmanuelle Chriqui: This is where sheer genius goes to sheer madness, as this black lace Thai Nguyen look was perhaps good in theory but in appears rather haphazard in reality. And that piece of matte lace that extends into the center of the leg area has rather unfortunate placement. Did that catch anyone else’s eye?