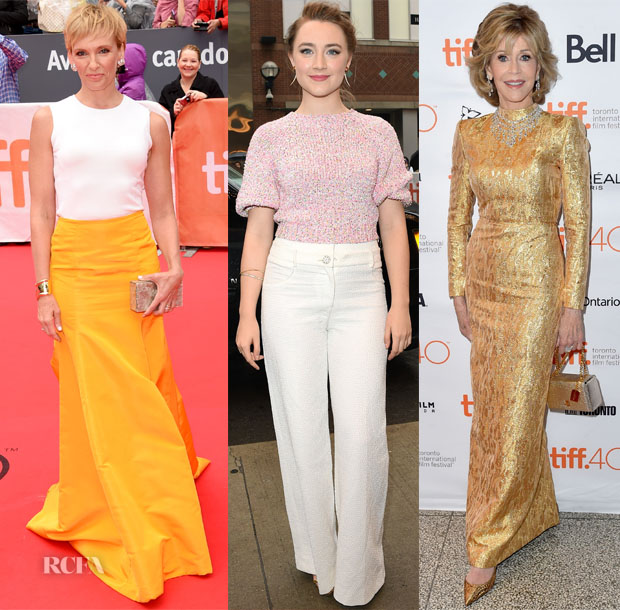 The 2015 Toronto International Film Festival red carpet was filled with even more stars this past weekend. Here, a look at the beauties making the rounds at the premieres.

Toni Colette: The actress brought her own sunshine in tow at the ‘Miss You Already’ premiere, where she swept onto the scene in an Oscar de la Renta white shell top and a bustling marigold-yellow skirt hailing from the Resort 2016 collection. I wanted to take a steamer to the skirt and strip that gold cuff away from the look, which was completed with an Edie Parker pearlescent clutch.

Saoirse Ronan: I didn’t find this Chanel Resort 2015 speckled sweater and white trouser combo all that flattering nor all that appropriate as her ‘Brooklyn’ premiere outfit. She finished the casual look with Giuseppe Zanotti sandals.

Jane Fonda: While Saoirse may have seemed underdressed, that same sentiment cannot be said for Jane who pulled out all the stops in a Yves Saint Laurent Couture by Hedi Slimane gold gown styled with an equally golden YSL clutch at the ‘Youth’ premiere. She definitely had the Midas fever. 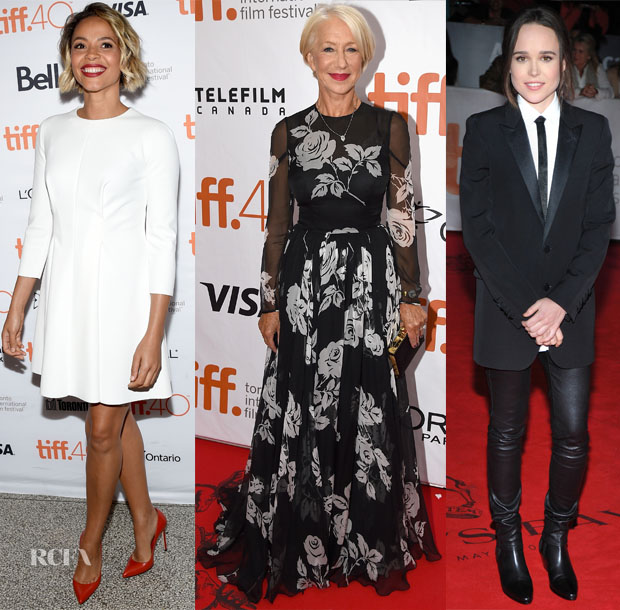 Carmen Ejogo: The clean, minimalist appeal of her Max Mara frock was rivaled by its structural form, but I’m so glad she dialled up the drama with her red pumps and matching lip at the ‘Born To Be Blue’ premiere.

Helen Mirren: Bringing a bunch of roses to the ‘Eye in the Sky’ premiere, the always-elegant actress was beautiful in a floral-printed Dolce & Gabbana gown amped up with a ruby-red lip. 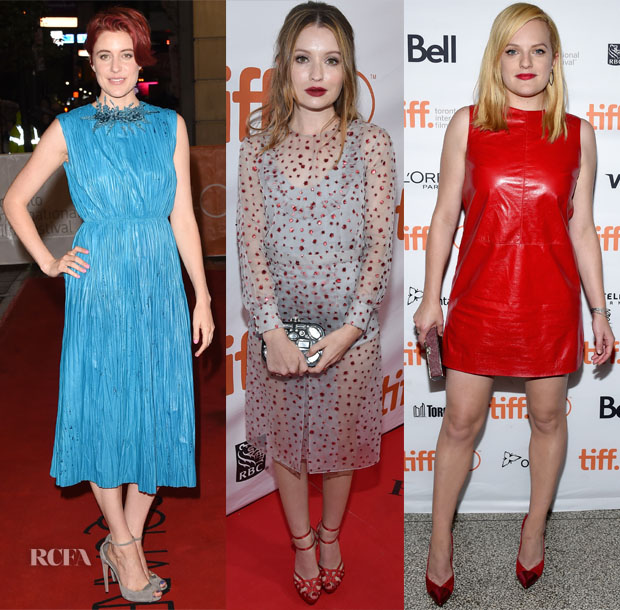 Greta Gerwig: Setting her flame-red locks alight at the ‘Maggie’s Plan’ premiere, the actress wore a Gucci Fall 2015 plisse gown with floral-like embellishment at the neckline that I would have removed.

Emily Browning: Unfortunately, from top to toe, there is nothing I quite like about Emily’s look at the ‘Legend’ gala screening. From her unkempt locks and harsh gothic lip to the sheer components of the Miu Miu dress and right down to that double ankle strap of her red Casadei shoes, this outfit struck an off-key chord.

Elizabeth Moss: A lady in red at the ‘High Rise’ premiere, Elizabeth turned up the sass in a Dolce & Gabbana mini dress and vampy pumps, but it all translated as lacking a touch of class.