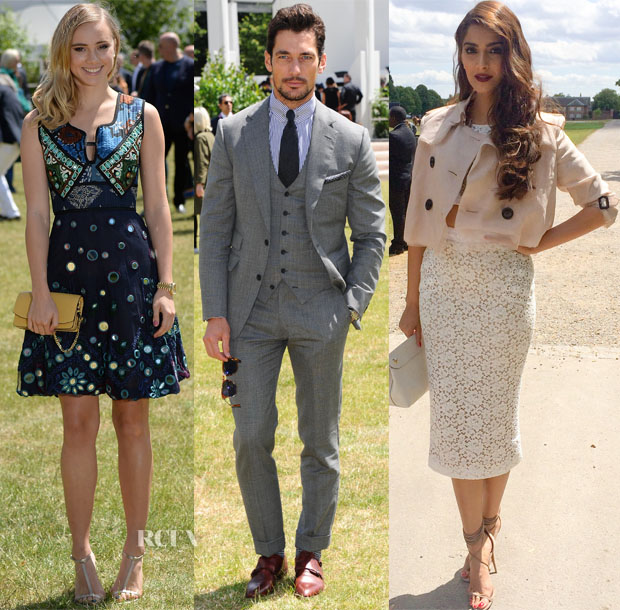 The Burberry Prorsum Spring 2016 Menswear show was hosted on Monday (June 15) in London, England, where the front row was appropriately outfitted in a range of beautiful, Burberry-loving faces.

Suki Waterhouse: Although the British model-actress’s dress featured darker hues, the colourful embroidery of the mirror-embellished frock and the girly silhouette were appropriately sunny for summer. Fresh barely-there makeup and light waves were a lovely finish.

David Gandy: As suave as ever, the model was handsome in a three-piece gray Thom Sweeney suit accented by a navy micro-pinstripe dress shirt that, of course, had the winning effect of highlighting his own baby-blue eyes.

Sonam Kapoor: I loved the impeccable femininity of this white cropped top and pencil skirt, topped with a ballet-pink cropped jacket, which married elegant sophistication with modern edge. When styled with long curls and a deep oxblood lip, the allure was undeniable. 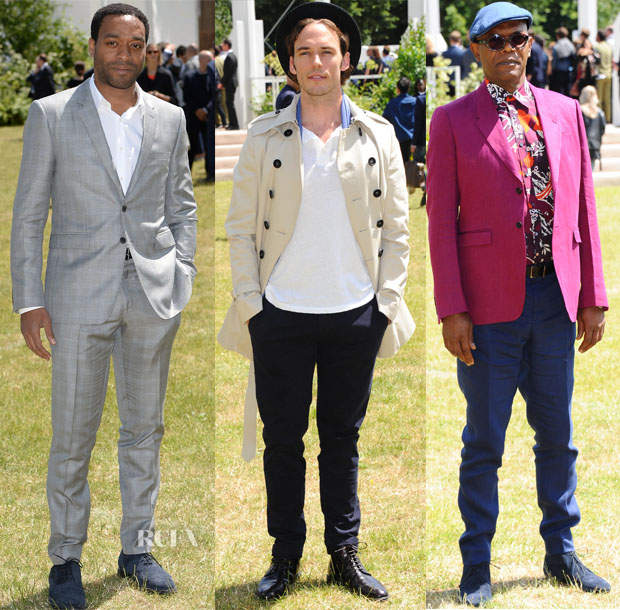 Chiwetel Ejiofor: The actor dressed down his summery, light-gray suit by skipping the tie and wearing a contrasting pair of navy lace-up shoes for the ultimate in casually formal attire.

Sam Claflin: Embodying a supremely British aesthetic, the actor wore an iconic beige trench coat with a relaxed white tee and dark pants—all topped off with a blue scarf and hat.

Samuel L. Jackson: Leaving no colour of the rainbow unturned, Samuel was not to be missed in his magenta sport coat and indigo pants paired with a patterned dress shirt and blue beret. 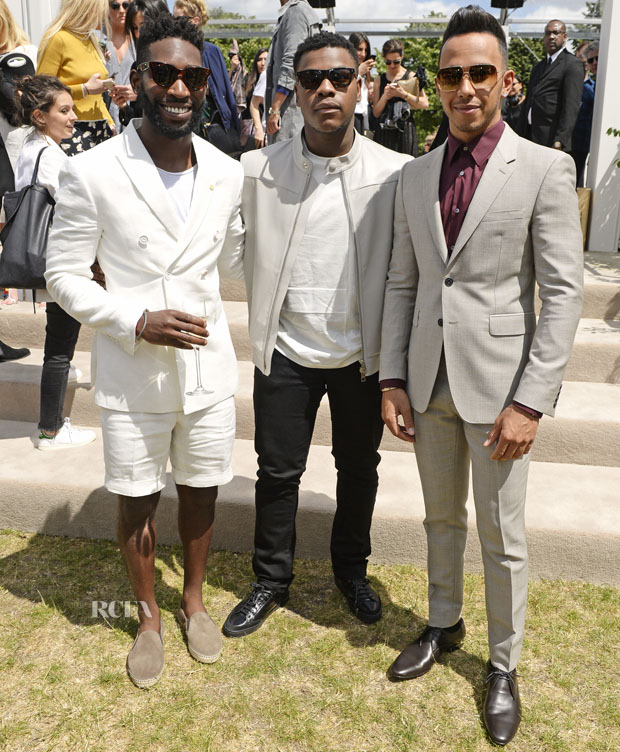 Tinie Tempah, John Boyega and Lewis Hamilton: Making quite the on-trend trio, these boys were coincidentally well-coordinated while maintaining their cool individual styles. Tinie put his signature spin on a creamy-white monochromatic look by matching the double-breasted blazer with the breezy charm of linen shorts. Black sneakers gave John’s sportswear ensemble a hip edge while Lewis’s polished, slim-fit suit and burgundy shirt was nearly as slick as that pompadour-style ’do