There were many more lovely ladies besides Rosie Huntington-Whiteley, Kate Hudson and Kerry Washington who attended the 2015 Glamour Woman of the Year Awards at Berkeley Square Gardens on Tuesday (June 2) in London, England.

Gillian Anderson: There was a distinct lack of drama at this event, so up stepped Gillian Anderson wearing a nude caped gown by Australian couturier Paolo Sebastian. Some might find this a touch dated, but I’m too busy diverting my eyes away from the upper mid section.

Louise Redknapp: The British presenter usually finds herself at near the top of the my best dressed list, but that wasn’t to be the case on this occasion. While I loved the gorgeous cobalt-blue hue and her breakaway from the expected, this Proenza Schouler basket weave fringe dress fails to flatter, plus her pumps were really dull. The only plus side was the complementary Bottega Veneta clutch. 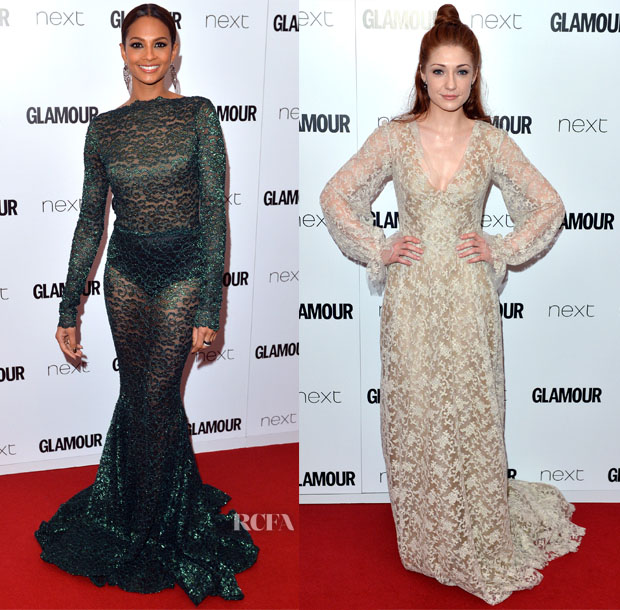 Alesha Dixon: The shimmering emerald hue of Alesha’s Michael Costello gown is hypnotic, but the sheerness only merits an eye-roll.

Nicola Roberts: The singers style is usually more cutting edge than this, but part of me is drawn to the boho nature of this lace Luisa Beccaria – despite the medieval bridal vibes. 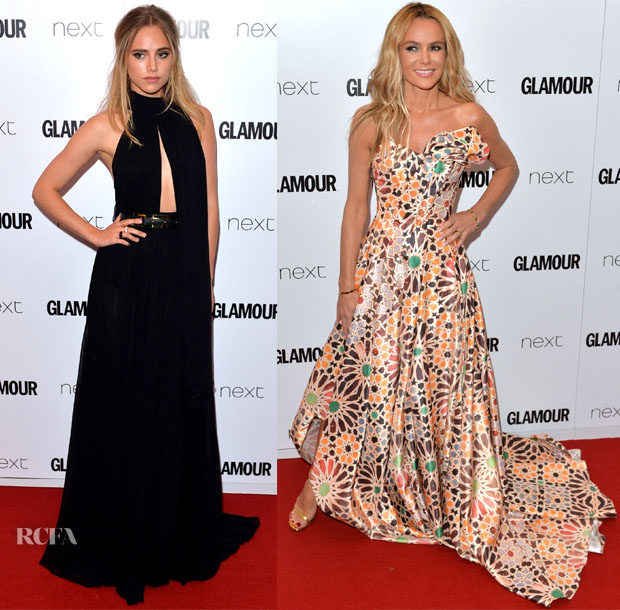 Suki Waterhouse: The model opted for a dark mysterious look courtesy of Elie Saab with a touch of sultry appeal via the deep cut-out.

Amanda Holden: Some might be put off bold print of her Rami Kadi Fall 2015 gown, but I continue to love Amanda’s fearless and non-predictable approach to red carpet dressing. 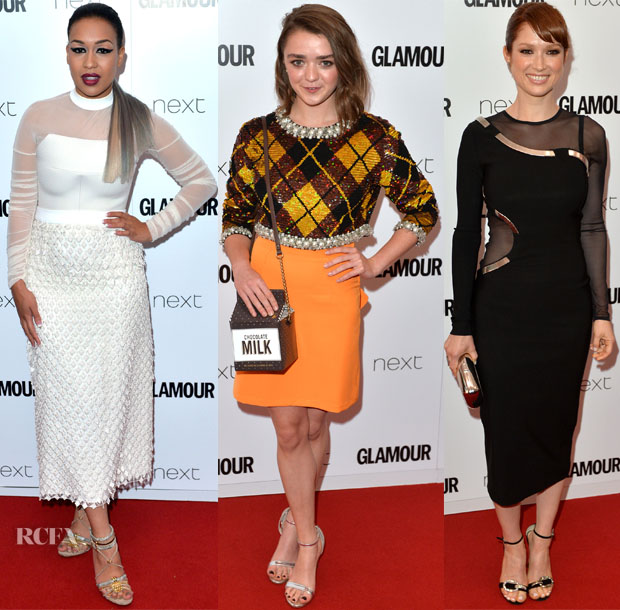 Maisie Williams: I love that Maisie continues to have fun on the red carpet. Her plaid Ashish Fall 2015 top certainly evokes that feeling. However, with such a detailed top the Kate Spade New York ‘Crème de la Crème’ bag was overkill.

Ellie Kemper: The actress put forth a modern futuristic vibe wearing a sexy Mugler LBD styled with Jimmy Choo sandals and a Roger Vivier clutch which complemented the metal plates on her frock. 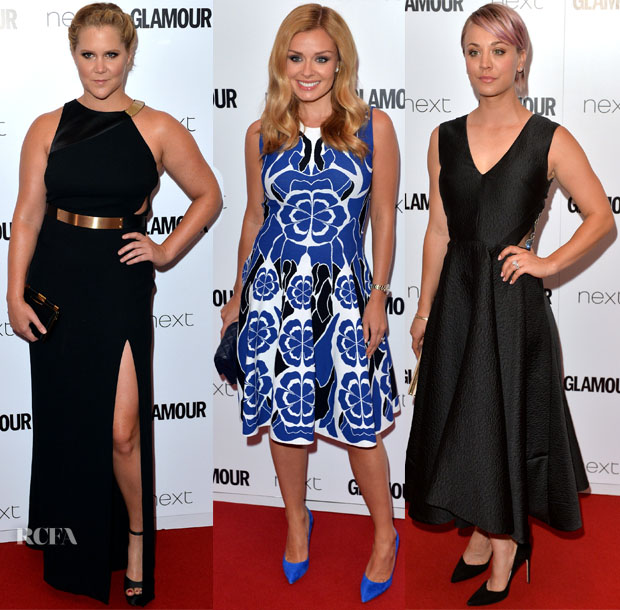 Amy Schumer: The actress continues to wear black, but when she looks this chic and modern in Halston Heritage, you’ll get no complaints from me.

Katherine Jenkins: Some might be thinking that Katherine Jenkins is too vanilla for Alexander McQueen, but this fit-and-flare commercial frock is perfectly in tune with her lady-like style. Those blue suede shoes are making me go weak at the knees.

Kaley Cuoco Sweeting: Sadly, Kaley’s Lela Rose and overall styling did do it for me. 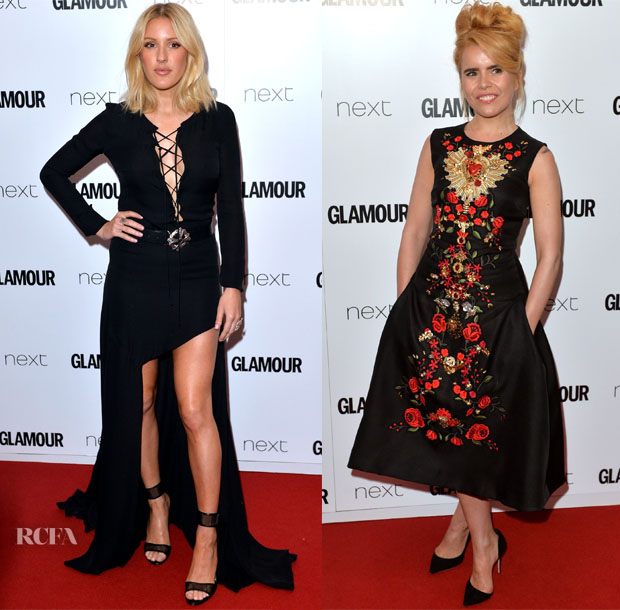 Ellie Goulding: Shelving her favoured blush and white dresses for this occasion, I was quite excited about this sexy black Barbara Bui Fall 2015 dress styled with Casadei sandals.

Paloma Faith: The British singer continues to put her faith in her favourites designers Dolce & Gabbana.

Alesha Dixon In Jacquemus – The BR...