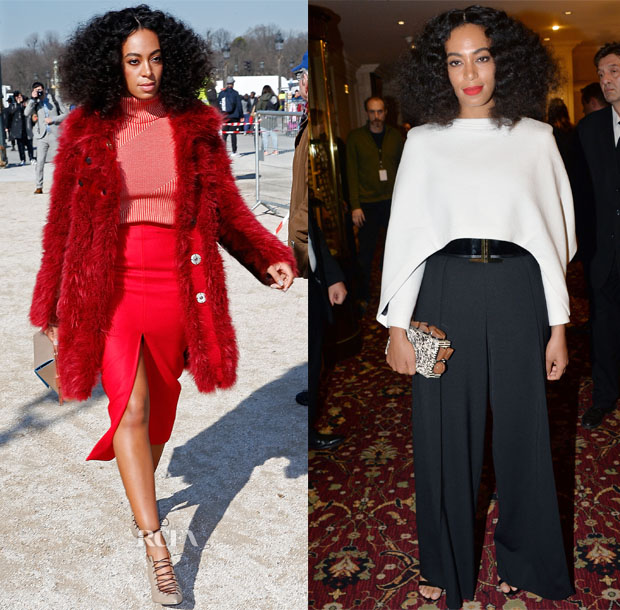 Solange Knowles continues to be a firm fixture in the front row during Paris Fashion Week, with yesterday (March 5) being a very busy day and night.

Carven: She started off her day heading to the Carven Fall 2015 show where she wore a red look from the brand’s Pre-Fall 2015 collection styled with Malone Souliers ‘Montana’ lace sandals and a box clutch in the same mink hue. I think the fur coat with the knit sweater were overkill – it’s not that cold in Paris – plus I think the look would’ve been chicer without the overcoat.

Balmain: Next up was Balmain, where the singer opted for classic black and white. I love the edge given to her look via the cape top, but I’m not a fan of those brown accents on her clutch. 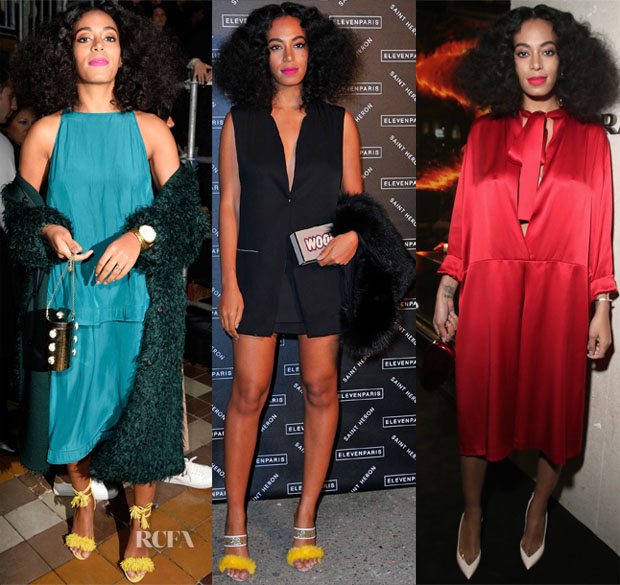 Lanvin: While I love the mix of aqua and green in her Lanvin look, I am not a fan of the thrown-together look itself, preferring her directional accessories, which included bright yellow Aquazzura ‘Wild Thing’ fringed sandals that set my heart a flutter.

Eleven Paris: Once again it was the bright pink lip and accessories – which included another pair of Sophia Webster x Shrimps sandals and an Anya Hindmarch ‘Woof’ clutch – were the highlights as the singer wore a black outfit for a rare change.

Prada’s The Iconoclasts 2015 Cocktail Party: Solange closed her day attending a cocktail party wearing a red Fall 2015 Prada dress. Lately the singer has been out of sorts. This look is a testament to that fact as this oversized frock with a dainty neck tie doesn’t feel in tune with her style. White pumps and a House of Holland red metal ice-cream clutch completed her look.

Which look do I like? Frankly, none. I would only take the accessories from each one. 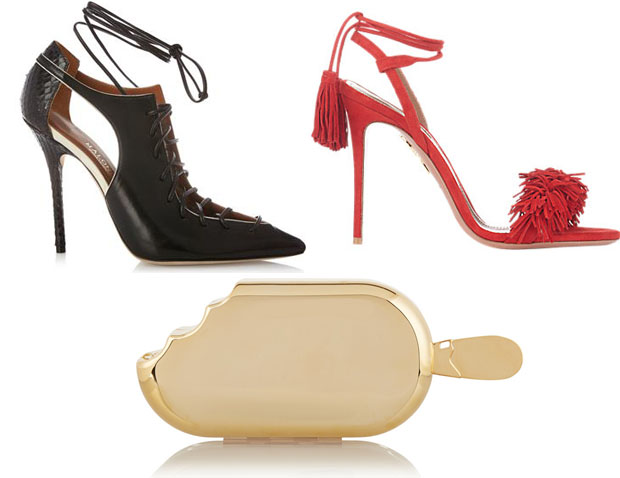 Alicia Keys Announces Her New Album In B...

Luisaviaroma For Unicef Charity Event Re...