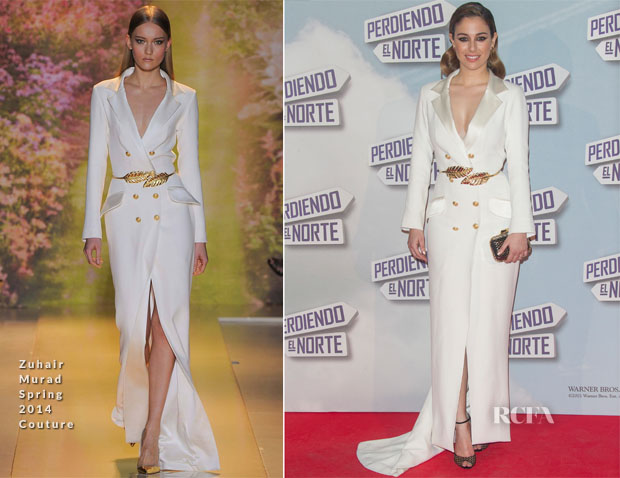 The Spanish beauty wore a Zuhair Murad Spring 2014 Couture white tuxedo-inspired gown, which I love, but I was really disappointed by Blanca’s styling.

The shoes and the clutch don’t complement this chic offering. Simple no-fuss accessories would’ve worked so much better.

I also found that leaf belt obstructive. A thin belt or no belt at all would’ve provided the perfect finishing touch.