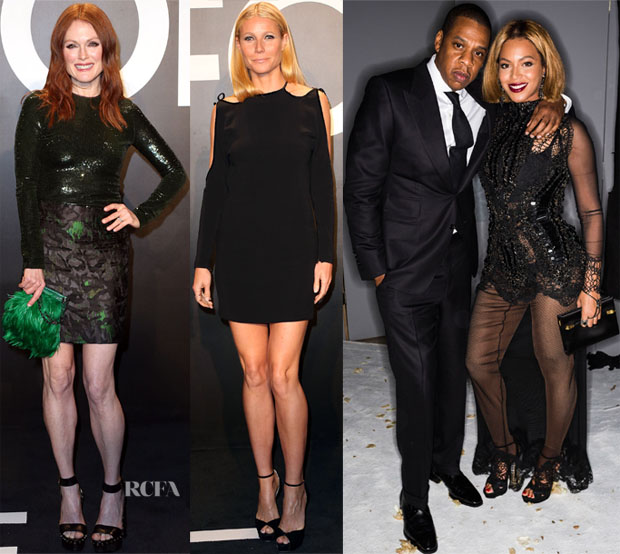 While some editors and models were headed to London for round two of fashion month, Anna Wintour, Karlie Kloss and Joan Smalls headed west for the Tom Ford Fall 2015 show which was showcased in LA on Friday (February 20).

The result, a packed A-List front row of which nineteen looks have been featured.

With the Oscars on Sunday and with everyone in town, it was quite a master-stroke to host the show in LA this weekend.

TOM’S FAVOURITES
Julianne Moore: The actress was no doubt top of the guest list working a Spring 2015 green ensemble festooned with feathers, sequins and camo print. I would not bet against Julianne wearing Tom Ford on Sunday despite the Givenchy run up.

Gwyneth Paltrow: I expected a bit more from Gwynie. This cold shoulder Pre-Fall 2015 LBD feels a bit been there done that and boring for such an occasion.

The Carters: He was looking mighty dapper in a signature wide lapel suit, while she was looking bootylicious in a typically sheer embellished Spring 2014 creation. 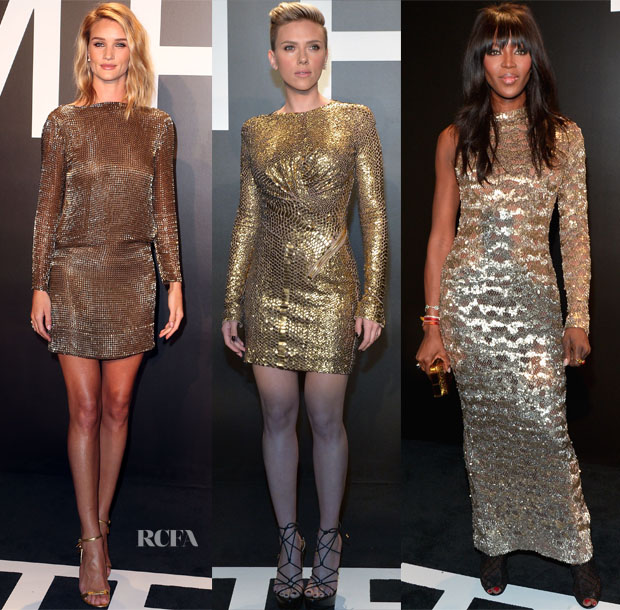 THE GOLDEN GIRLS
Rosie Huntington-Whiteley: Shimmering on the red carpet, the model put forth an effortless stance in her gold drape back Pre-Fall 2015 dress styled with matching sandals. This shorter hairstyle was such a good move for her. She’s looking sexier than ever.

Scarlett Johansson: This was by far my favourite look of the whole night. I hate this word, but fierce immediately sprang to mind. Along with bold, cool and supremely confident. I love how this Pre-Fall 2015 look is oozing with sex appeal despite not trying. Any thoughts that she has lost her mojo has been dispelled.

Naomi Campbell: Fresh off a plane from London Fashion Week, the supermodel sparkled in this one-sleeve creation which was let down by boring styling. 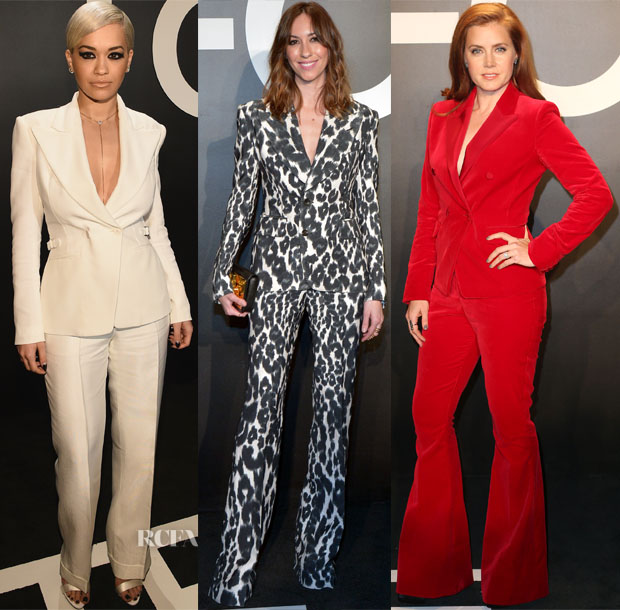 SUITED UP
Rita Ora: The British singer, who is performing at the Oscars on Sunday, was my second favourite of the night. Her crisp white suit which marries formality with sex appeal while totally nailing cool sophistication.

Gia Coppola: The director cuts a fine figure in her Spring 2011 suit. Not one to usually make such a splash, I love how the animal print gives the look a downtown edge.

Amy Adams: The actress was oozing 70s charm wearing a bold red suit with bell-bottom trousers. I probably like this more for the colour rather than the bell-bottom style. 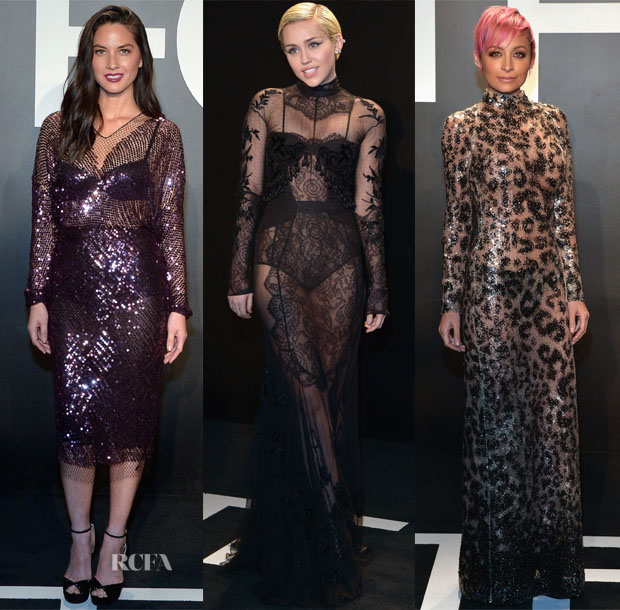 I CAN SEE YOUR UNDERWEAR
Olivia Munn: The ‘Newsroom’ actress was of course part of the panty revealing brigade and I have to say I don’t mind this Pre-Fall 2015 look at all. Very much in tune with her sexy persona.

Miley Cyrus: I have a feeling this will be universally hated, but extremely sheerness aside, I really love the delicate, gothic-inspired nature of this Fall 2011 gown if I don’t look too near her nether regions.

Nicole Richie: Opting for pink hair, this was a clearly a move to try to distract the fact that she’s done this look several times before. 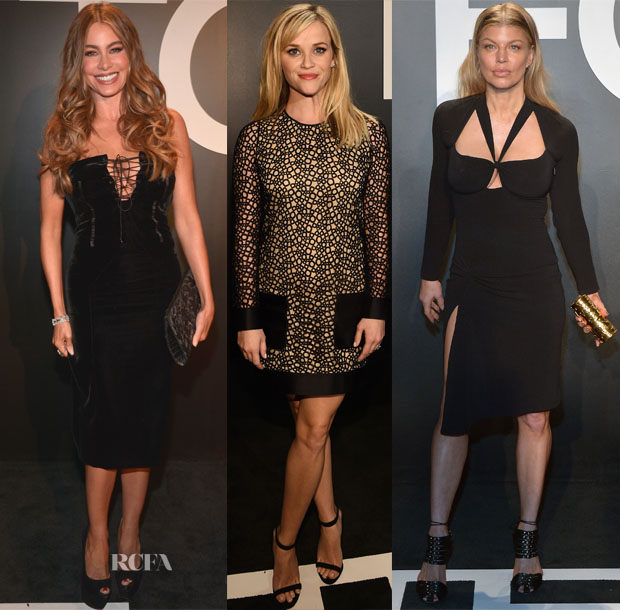 THE LBDs
Sofia Vegara: For me it’s always groundhog day when it comes to Sofia’s style. The lace up portion of this Fall 2012 dress is not working for me. Not because it’s showcasing her famed cleavage, but because it looks cheap.

Reese Witherspoon: Of all the dresses at her disposal, I would’ve loved the ‘Wild’ actress to have had more fun with her look.

Fergie: Hair and (lack thereof) makeup are killing this Tom Ford for Gucci Resort 2004 look for me. 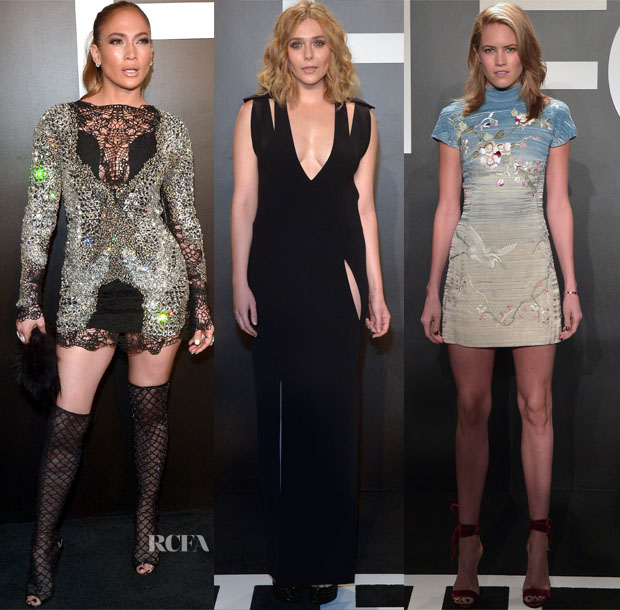 THE REST
Jennifer Lopez: With so many A-listers at this event, I was not surprised to see Jennifer trying to make the biggest noise in an attempt to stand out. Not one thing is remotely appealing about this look. This is the very definition of trying too hard, starting with that overused facial expression.

Elizabeth Olsen: If all that bedazzlement caused sensory overload, this black Pre-Fall 2015 gown with is she-wearing-underwear? slashed detailing should calm your senses. Never seen Elizabeth do sexy before. It works really well for her. Especially as she’s working it in such a cool, laidback manner.

Who stands out for you?