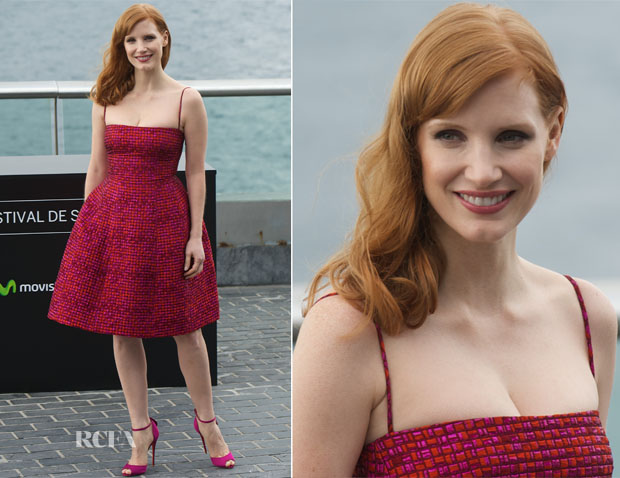 The actress continued her embrace of the feminine, full-skirted cocktail frock with a custom Dsquared² orange and lilac jacquard design.

The rosy, radiant colours of the dress were a beautiful complement to her fiery waves.

As for the Christian Louboutin ‘Pensamoi’ hot-fuchsia sandals, they were the perfectly sweet frosting on top. You may remember that Emma Stone first wore these flower-accented shoes in black.

Once again opting to keep her accessories to a chic minimum, she wore a Jaeger Le-Coultre timepiece in lieu of jewels for a classic finish.