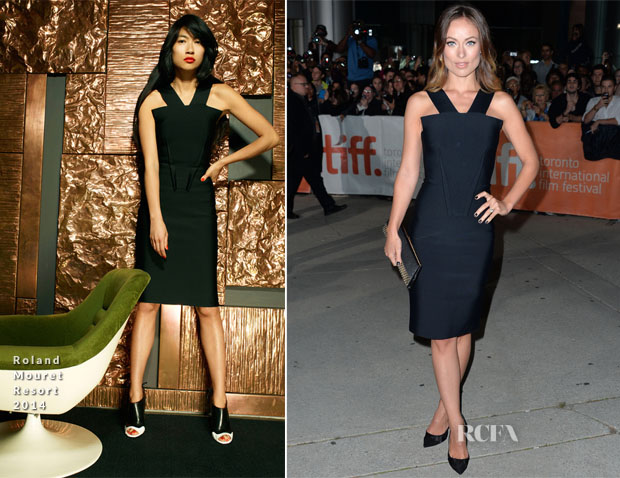 After her garden-party look earlier in the day, Olivia Wilde amped up the sex appeal for the ‘Rush’ premiere held at Roy Thomson Hall on Sunday during the 2013 Toronto International Film Festival in Toronto, Canada.

When it comes to this promo tour Olivia, despite her favouring all-black looks, has hit it out of the fashion ballpark every time.

I know many of you didn’t take to her Gucci suit for the London world premiere, but she has swept me off my feet each time.