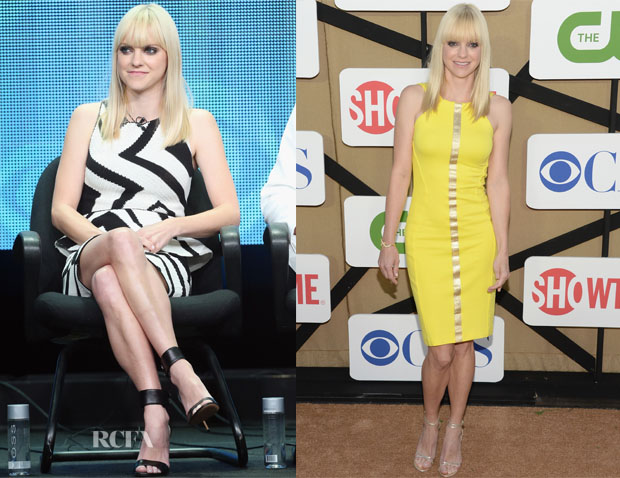 Anna Faris promoted her TV show ‘Mom’ during the Television Critics Association’s Summer Press Tour for the CBS/CW/Showtime panels held at The Beverly Hilton Hotel in Beverly Hills, California, followed by the party.

Both looks are so sexy and chic. I find myself being very impressed with the Alice + Olivia frock as I didn’t know a crochet dress could look so good; however, the bold Versace is my favourite of the two.