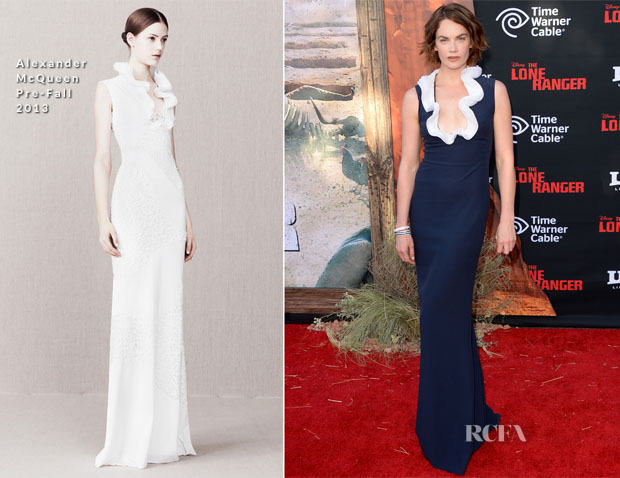 So many actresses who attended ‘The Lone Ranger’ LA premiere at Disney California Adventure Park in Anaheim, California on Saturday evening wore mini dresses, but as the star of the movie, Ruth Wilson opted for something with more grandeur.

Unlike the gown in the lookbook, Ruth’s version doesn’t feature the embroidered details.

I much prefer Ruth’s more impactful look with its sharp contrasting colours which she styled with Van Cleef & Aprels jewels and loose waves. 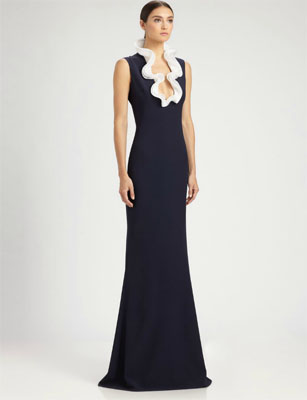 You can buy Ruth’s Alexander McQueen gown from Saks.com.