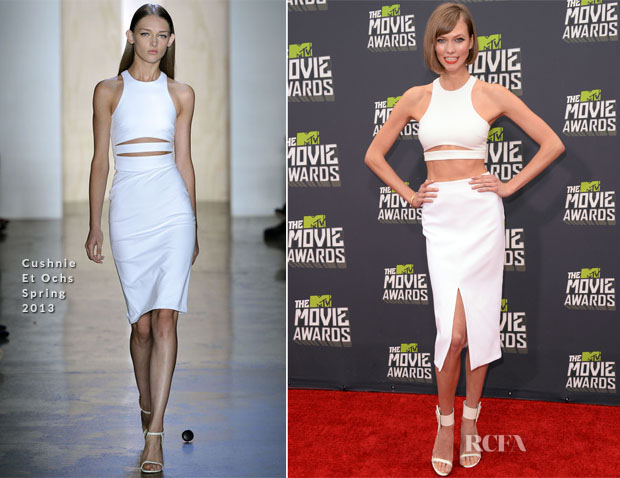 Karlie Kloss attended the 2013 MTV Movie Awards held at the Sony Pictures Studios in Culver City, California on Sunday evening in her role as the pre-show correspondent with Holland Roden.

The model, who also hosts MTV’s ‘House of Style’, wore a Cushnie et Ochs Spring 2013 dress which was a modified version of a similar look which took to the runway.

I know many of you won’t be surprised by this as the model often wears sleek, sexy designs with cut-out details and figure-flattering abilities by Carly Cushnie and Michelle Ochs.

Keeping the look uber-simple and letting the dress – or should I says abs – do all the talking, she styled her look with Gucci ‘Victoire’ ankle-buckle sandals from the Spring 2013 collection and David Yurman jewels.

I find the hairstyle a bit aging, but she looks stunning nonetheless. 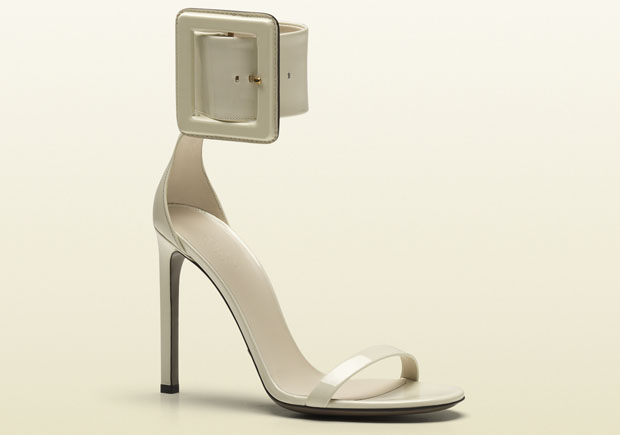 You can buy Karlie’s Gucci sandals from Gucci.com.