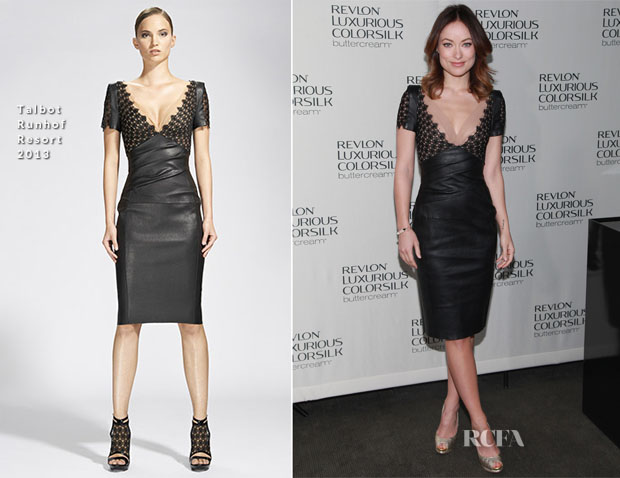 Olivia Wilde played the role of oh-so-chic hostess at the Revlon Luxurious ColorSilk Buttercream launch, held at The Royalton Hotel in New York City on Thursday.

Her beautiful dress has a touch of sweetened drama with an unexpected skin-toned chiffon and eyelet overlay at the bust and sleeves.

While she pulled off the dress with ease, the gold metallic Nicholas Kirkwood sandals are a tad uninspiring against this strong look.

Black platform sandals, similar to what the designers styled this dress, would have been a power pairing.

I love how Olivia often perfects the fresh-faced look; I guess that’s why Revlon picked her to be their spokesperson.