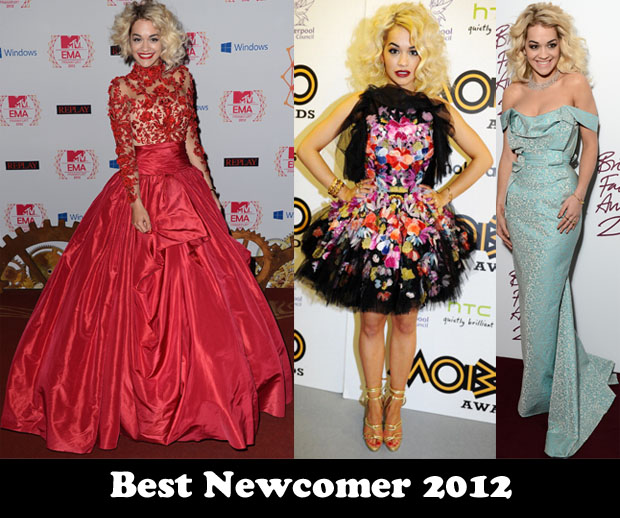 Considering the majority of the comments on her posts hadn’t been very complementary, with most accusing Rita of copying Rihanna’s style, I must say this comes as a huge shock.

The British singer, who is not afraid to take fashion risks and known for her blonde tresses and signature red lippie à la Gwen Stefani, has supported mostly British designers like Julien MacDonald, Stella McCartney, McQ by Alexander McQueen, House of Holland and Vivienne Westwood.

Other designer favourites include Marchesa, Mugler and Stephane Rolland for her dramatic music awards looks; plus, Emilio Pucci and Alexandre Vauthier have provided her with something uber hot for when she wants to take the sexy route.

While I continue to be shocked by this result, I am happy that she ditched the sneakers which she wore with most dresses earlier on in the year. It was so Lily Allen circa 2006.

Which Was Your Favourite Jennifer Lopez ...