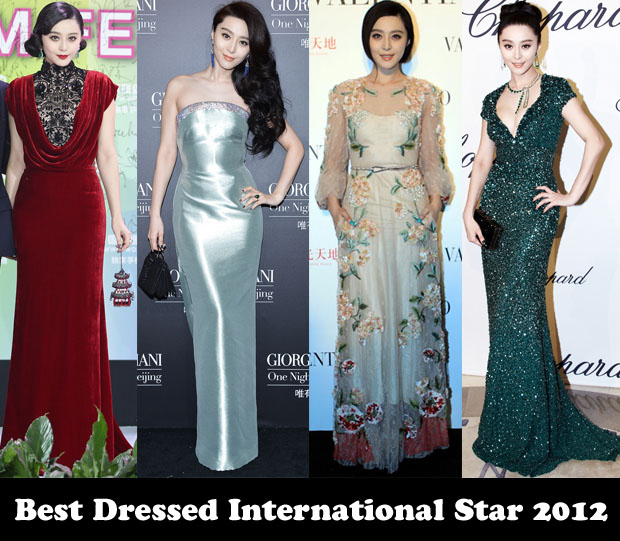 The Asian beauty is the Best-Dressed International Star of 2012, although she really doesn’t have a defining style. That’s her secret: she’s a chameleon and can and will wear anything that catches her fancy—even the most extravagant, over-accessorized runway exits.

While Fan is a red carpet regular at soirees in Beijing and Shanghai, you’ll also find this actress-singer-producer seated front row at Fashion Week shows as varied as Louis Vuitton, Salvatore Ferragamo and Versace, as well as being the darling of Cannes Film Festival as the Asian ambassador for L’Oreal.

Throughout the year, she was also spotted in Elie Saab, Giorgio Armani, Stéphane Rolland Couture, Tadashi Shoji and Valentino.

There’s no way not to be a fan of Miss Fan.

Posted by Rachel Watkins on December 24, 2012 In: Best Of, Fan Bingbing