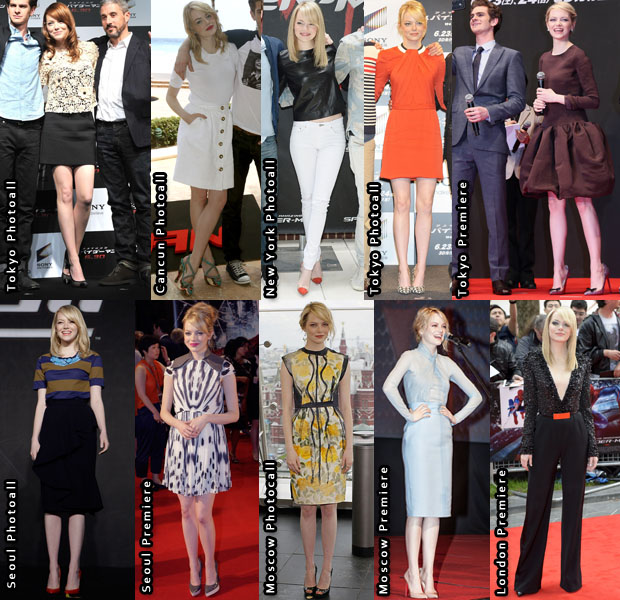 Emma Stone had an epic promo tour for ‘The Amazing Spider-Man’ earlier this year.

It started back in January when she was sporting flame-coloured locks wearing Dolce & Gabbana in Toyko.

Showcasing a blonde ‘do to match her character in the movie, she wore Dolce & Gabbana again in Cancun in April.

In June she returned to Toyko in one of our favourites looks by Rue du Mail and this when the promo tour really kicked into fifth gear.

After a tour of Asia, she arrived in Europe on what was an amazing run of two looks per day for six days before she went out with a bang in LA wearing Chanel.

It is impossible for me to pick one look, so good luck with that. My list of favourites includes Rue du Mail in Tokyo, Gucci in Paris, Andrew Gn in Germany, Carven in New York and Chanel in LA. 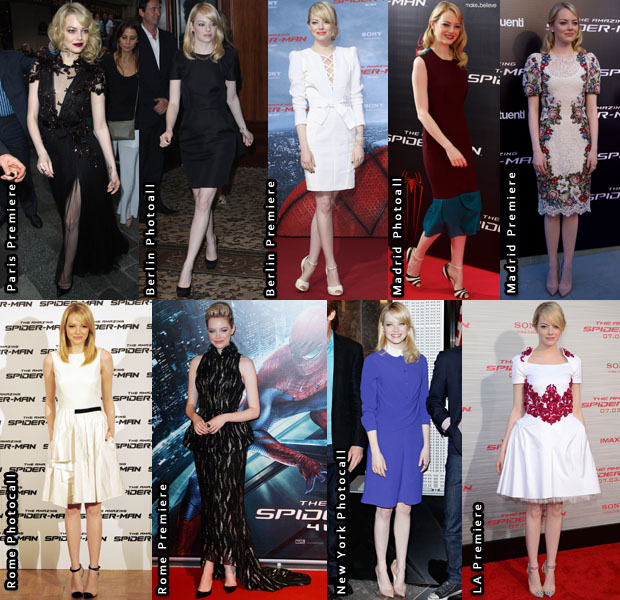 Emma Stone Was True To Form In Louis Vui...

Emma Stone Walks On The Wild Side For Th...