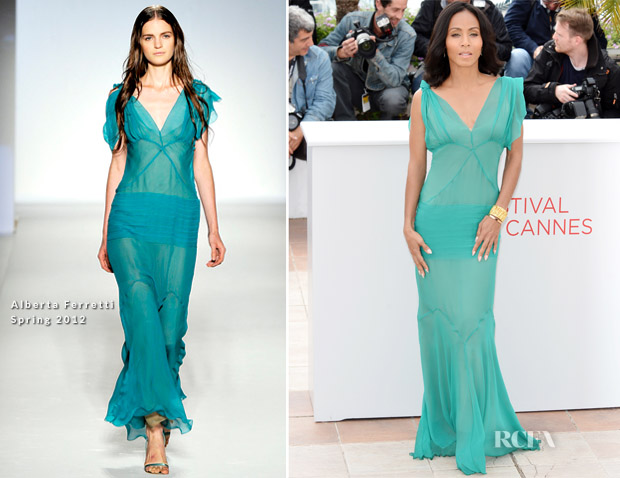 Yes, this just a photocall, but Jada went all out and wore a gown from Alberta Ferretti’s Spring 2013 collection.

For a standard photocall, a gown would’ve been considered too much, but this is Cannes. The rules are slighlty different. The saying, ‘Go big, or go home’ was invented for Cannes Film Festival.

Jada added a gold cuff to her emerald chiffon gown.

JLo would be proud of that sexy face.

After this I’m expecting nothing less than a couture gown from Jada for the premiere.