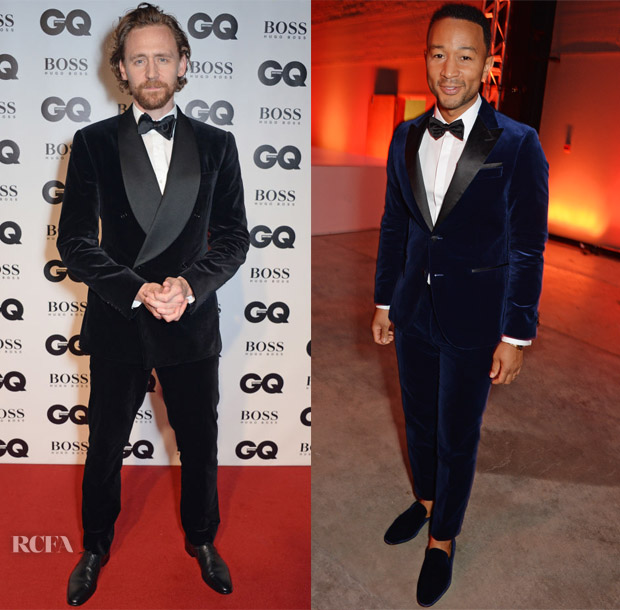 There were many more well-dressed men who joined Chadwick Boseman on the red carpet for the GQ Awards on Wednesday (September 6) in London.

Tom Hiddleston: Dressed in a Ralph Lauren Purple Label black velvet double breasted suit, I don’t think menswear gets much better than this. I’m excited to see how the Best Dressed menswear poll with turn out with both Chadwick and Henry Golding in the running this week.

John Legend: The winner of HUGO BOSS Most Stylish Man Award, it would’ve rude for the musician to have worn anything else but BOSS. Velvet has long had a louche image, redolent of relaxing with a glass of brandy and a cigar after a formal dinner, or Bond-esque nights out in expensive clubs, but both Tom and John give the look a contemporary uplift. 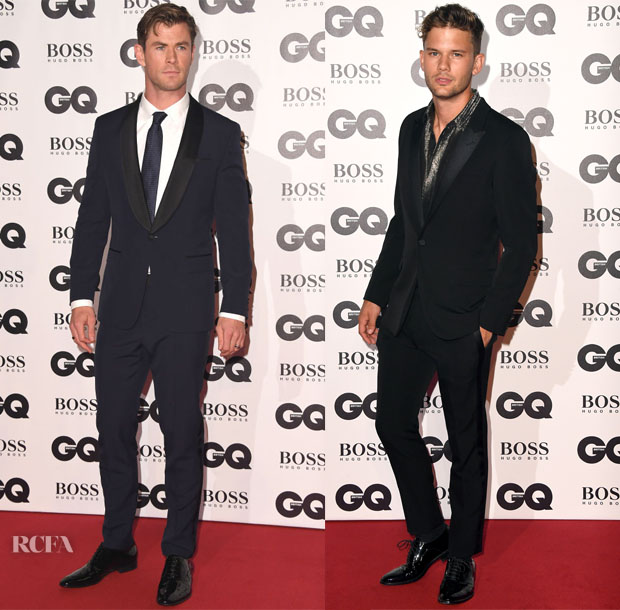 Chris Hemsworth: The actor, who presented an award on the night, wore a midnight blue BOSS bespoke tuxedo showcasing the brands exquisite tailoring. It was a suave choice for the evening and the colour also brought out those steely blue eyes.

Jeremy Irvine: While everyone else presented a much more formal look, Jeremy gave his Saint Laurent by Anthony Vaccarello suit a more contemapry feel with his metallic silver shirt.

18 Responses to 2018 GQ Men Of The Year Awards Menswear