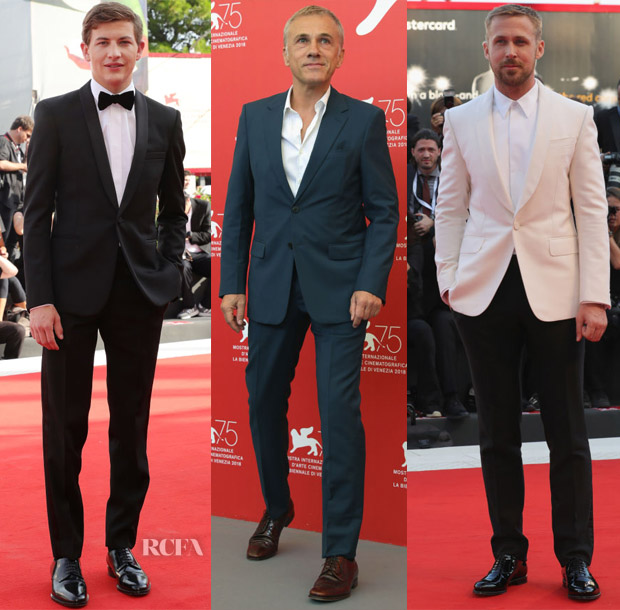 It’s been about a week since we last had a full-on menswear roundup. So, no better time than now to see what the guys have been wearing lately on the red carpet.

Tye Sheridan: Joining Hannah Gross at ‘The Mountain’ premiere during the 2018 Venice Film Festival on Thursday (August 30) it Italy, the young actor was ever so dapper in a classic Saint Laurent by Anthony Vaccarello tuxedo. I always appreciate a sharply fitting suit.

Christoph Waltz: Attending the Jury photocall on Wednesday (August 29) during the 2018 Venice Film Festival, Christoph let down his formal guard just a bit with this Prada suit. A sense of haphazard elegance was achieved with the tie-less, unbuttoned shirt. 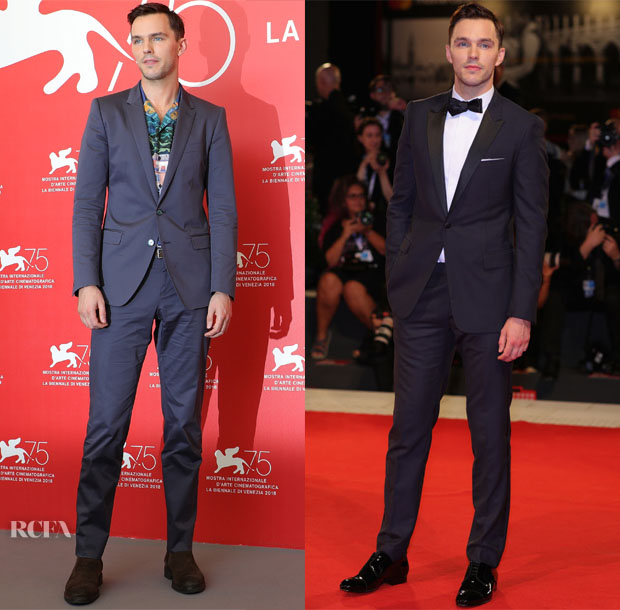 Nicholas Hoult: While at ‘The Favourite’ Venice Film Festival photocall with Emma Stone on Thursday (August 30), Nicholas wore a Dolce & Gabbana ensemble styled with Tod’s ‘Chelsea’ boots. I love the retro-suave factor of the patterned shirting.

Nicholas Hoult: Later in the day, the actor was at ‘The Favourite’ premiere, also alongside Emma, where he kept it traditionally dapper in a Dior Men navy peak-lapel tuxedo. He finished the look with Dior Men leather derbies. 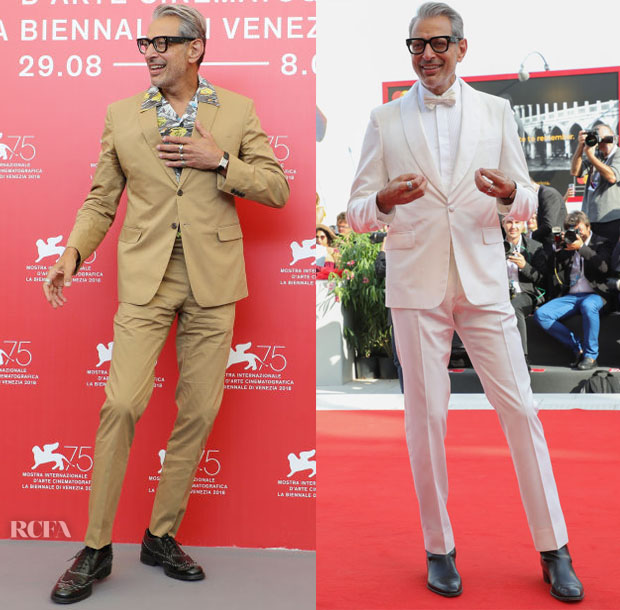 Jeff Goldblum: At ‘The Mountain’ Venice Film Festival photocall on Thursday (August 30), Jeff wore a Prada khaki suit and patterned shirt that showed the label’s quirky side — even in menswear.

Jeff Goldblum: Making it a Prada double feature, Jeff donned an all-white Prada tux at ‘The Mountain’ premiere later that day. The slim-line silhouette and boots were signature Prada; the rings and statement glasses were signature Jeff — each contributing to the slightly eccentric-cool vibe. 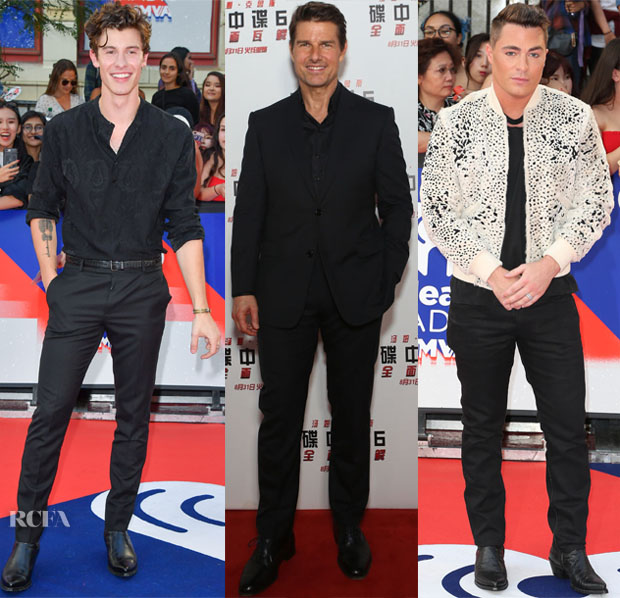 Shawn Mendes: Before taking the stage at the 2018 iHeartRadio MuchMusic Video Awards on Sunday (August 26) in Toronto, Canada, the singer cut a cool profile in this off-duty rock-star look from Saint Laurent by Anthony Vaccarello.

Tom Cruise: At the ‘Mission: Impossible – Fallout’ China premiere on Wednesday (August 29), the actor suited up in a Dior Men navy-blue contrasted fine-striped suit and waistcoat. This look registered as a bit one-note and a little flat to me, especially without a tie.

Colton Haynes: Also at the 2018 iHeartRadio MuchMusic Video Awards and also wearing a Saint Laurent by Anthony Vaccarello look, Colton opted for a plush bomber and some major bronzer.