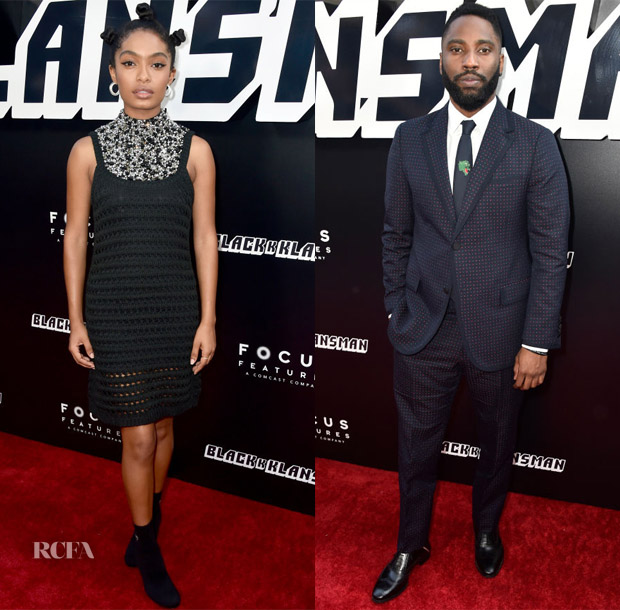 There were many more stars who attended the LA premiere of ‘BlacKkKlansman’ on Wednesday (August 8) in Beverly Hills, California, joining Damaris Lewis, Laura Harrier and Pom Klementieff.

Yara Shahidi: With ‘BlacKkKlansman’ hitting theaters this Friday (August 10) and ‘Crazy Rich Asians’ hitting theaters the following Wednesday (August 15), Yara has shown her support for both of these great films which include incredibly talented African American and Asian American actors. The film genre may be different, but her love for Prada remained the same, as this time she wore a black knit dress with an embellished neckline which steps away from yesterdays cutesy mold. This look feels more like the Yara I love with a little more creativity and a lot more bite.

John David Washington: The actor donned a Gucci Cruise 2018 dark blue notch lapel Monaco suit which was far from boring with its red and white dots pattern. The green panther embroidered tie might have been a detail too far for some, but I love it when a guy steps up and does something a little bit different. 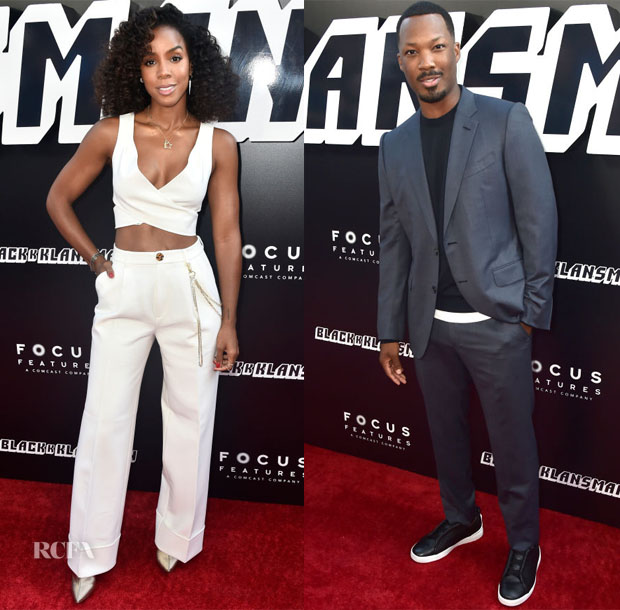 Kelly Rowland: The singer has a great body #BodyGoals, so why not show it off in this stark white two-piece?

Corey Hawkins: Ermenegildo Zegna Couture suits are often reserved for awards season, but on this occasion they demonstrate their smart causal looks which included the triple stitch sneakers. This look totally suits Corey’s style from head-to-toe.