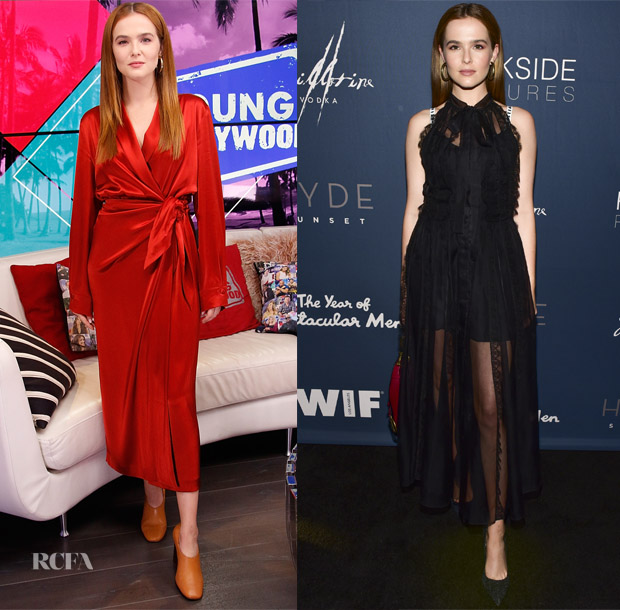 Having wrapped her promo tour for ‘Flower’, Zoey Deutch has moved onto her latest project, ‘The Year of Spectacular Men,’ starting with guest appearance on Young Hollywood Studio on Wednesday (June 6), before the premiere later in the day.

Young Hollywood Studio: I love this Nanushka Fall 2018 dress as it’s not often Zoey opts for such a strong hue. Draped at the side for figure-flattering refinement and effortless texture, I’m hoping no comparisons will be made to a bathrobe. Interesting how the tan shoes appeared to match her new strawberry blonde hair.

‘The Year of Spectacular Men’ LA Premiere: I know the sheerness of this will have some tearing their hair out, but because Zoey tends to wear a lot of black, I found myself charmed by the lightness of her lace accented Dior silk dress, plus I loved the playfulness the logo straps brought to the look. Simple black pumps and a Dior red calfskin ‘Saddle’ bag completed her look.