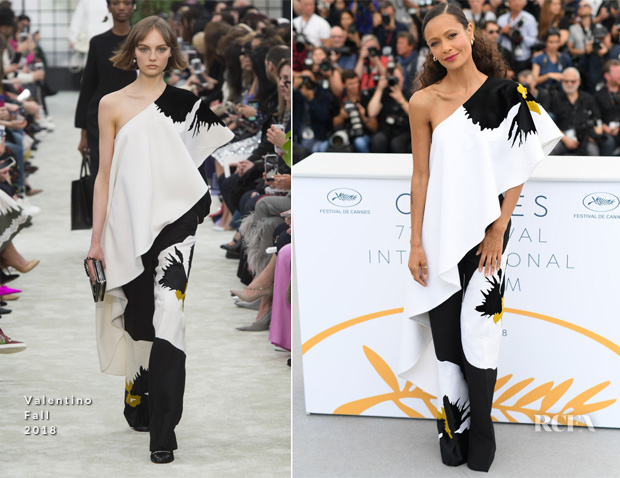 Thandie Newton captured the breezy spirit of the Cannes Film Festival at the ‘Solo: A Star Wars Story’ photocall on Tuesday (May 15).

The majority were delighted by her Richard Quinn floral confection at the Virgin TV BAFTA Television Awards and I’m hoping this Valentino Fall 2018 look is as well received.

It’s the sort of ensemble that demonstrates how the daywear at the festival can be just as striking as the dramatic evening gowns.

With its vivid print and soft shapes, it has a carefree glamorous sentiment and her styling played perfectly into it.