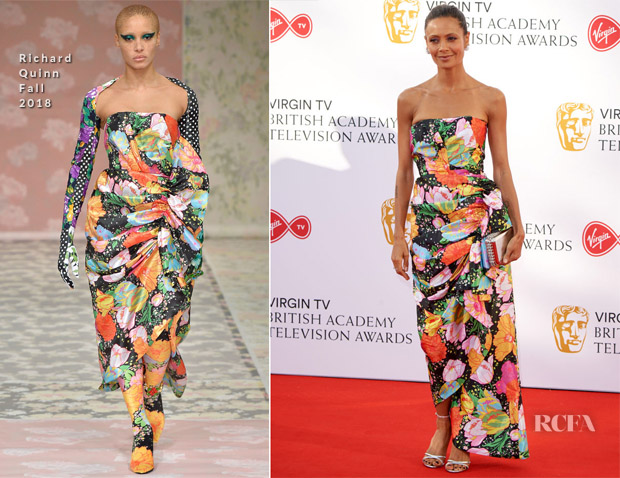 After her dazzling moment at the ‘SOLO: A Story Wars Story’ LA premiere, I was very much looking forward to seeing Thandie Newton again. She was back on the red carpet at the Virgin TV BAFTA Television Awards on Sunday (May 13) in London, alongside Vanessa Kirby and Claire Foy.

This Richard Quinn gown was a vivacious look. It had a summery sentiment while still being formal enough for the occasion.

The asymmetrical gathered silhouette had a playful feel that was soft yet structured. It was dramatic enough that she didn’t need the coordinating pieces, although, I could see her successfully carrying off the arm covering.

Do you miss the gloves?