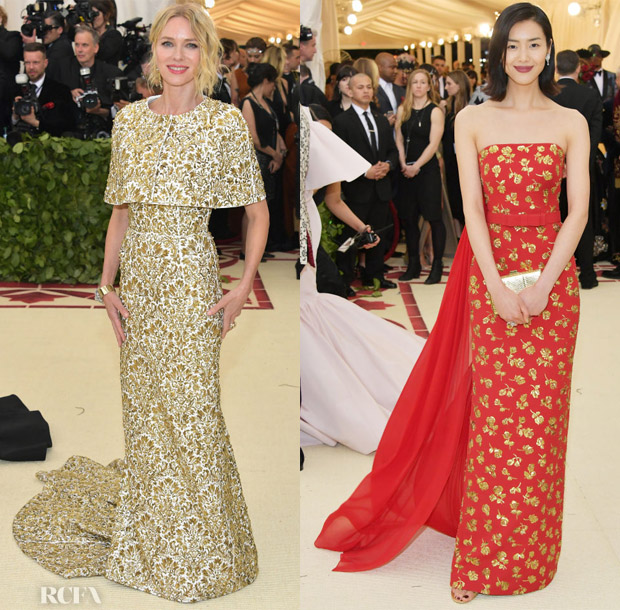 The Michael Kors Collection was another popular label seen at the 2018 Met Gala on Monday (May 7) in New York City, with these six lovelies wearing the designer.

Naomi Watts: While this gold tapestry, shoulder-cape gown was one of the simpler, thematic looks of the night, I still thought it was a plenty righteous if somewhat forgettable look for the night.

Liu Wen: Something about the model’s strapless gown was giving me more of an Asian-influenced than angelic-inspired mood. It could have been the red and gold floral combination. 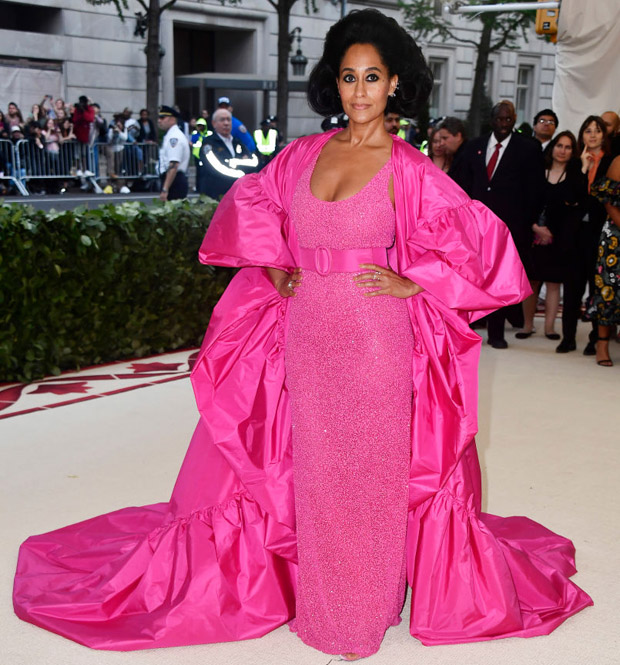 Tracee Ellis Ross: The actress is clearly on a hot-pink kick, as she’s worn it the past couple times out. I think the billowing robe was meant to play to the theme, but regardless, one thing’s certain: This look would be pure heaven for Barbie. 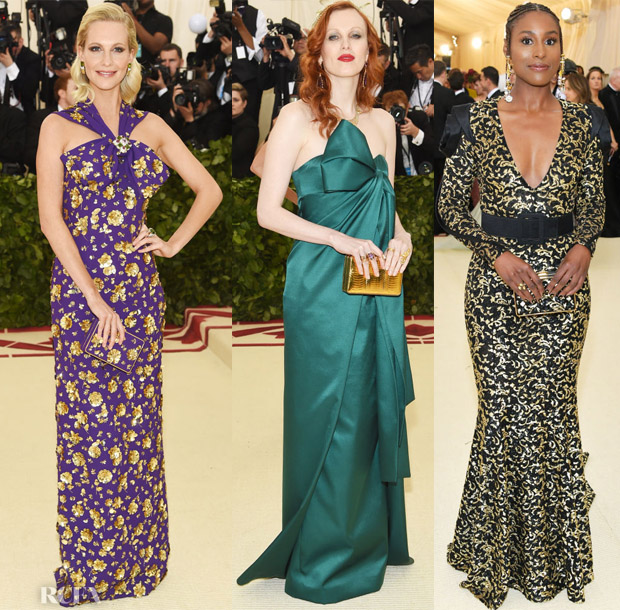 Poppy Delevingne: As with Liu’s look, this golden floral-flecked halter gown had an East-meets-West sensibility.

Karen Elson: I will always love this emerald-green hue on Karen, especially with her fiery locks and equally hot-red lip.

Issa Rae: Instead of going for a bold hue, Issa opted for a dizzying gold filigree look, although on this occasion, I think the traditional belt was unnecessary.