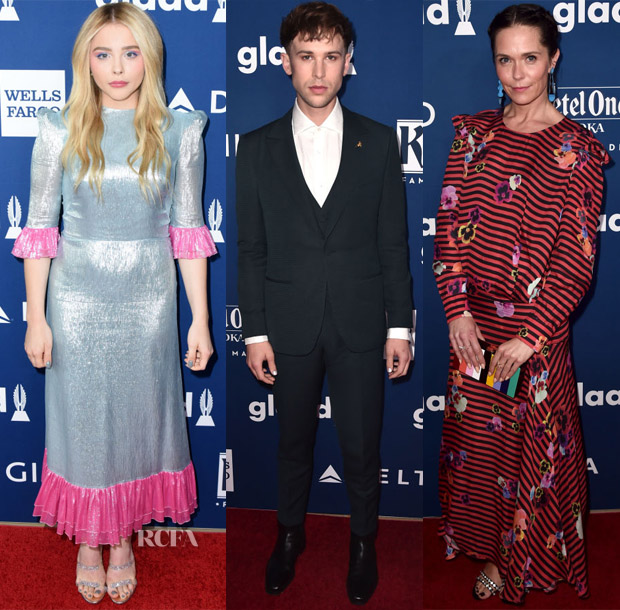 Chloe Grace Moretz: The young actress dazzled in The Vampire’s Wife. The style is in the designer’s signature silhouette. The shape might have a prim, almost Victorian mood but when combined with the silver fabric and hot pink accents, it had a playful finish. Tamara Mellon ‘Frontline’ sandals completed her look.

Tommy Dorfman: The ‘13 Reasons Why’ actor looked smart in a slim Ermenegildo Zegna Couture suit. Even without a tie it had a crisp, modern finish courtesy of the tailoring and waistcoat just visible underneath the jacket.

Katie Aselton: Donning Preen Line Aaliyah pansy-print and striped crepe dress, the ‘Legion’ actress was a delight of designs with the stripes marrying with the florals. The soft silhouette gave the ensemble a breezy, bohemian quality. Graphic turquoise earrings and a multicoloured Milly clutch kept up the jovial feeling. 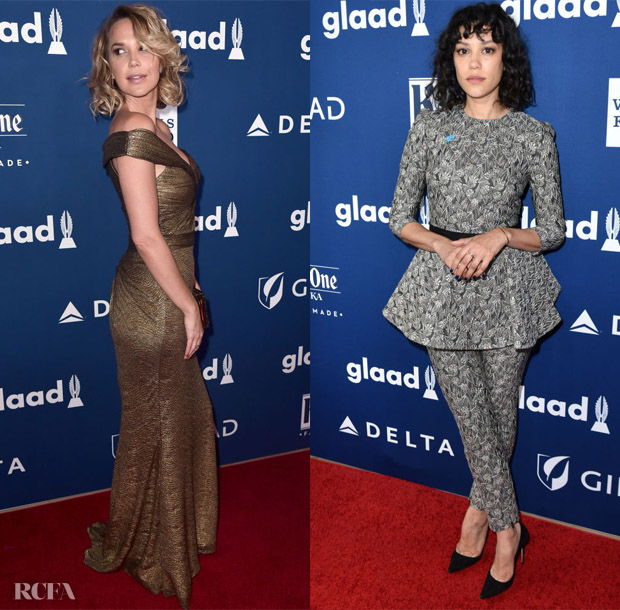 Arielle Kebbel: The American actress glistened in an off-the-shoulder JOVANI gown. The fabric is luxurious by it’s the fit of the dress that wowed me. CSARITE® by Karin Jamieson fine jewelry, a Simran Rihal clutch and Sarah Flint shoes completed the glamorous ensemble.

Mishel Prada: The ‘Vida’ actress put on a coordinated front in a SemSem Fall 2017 top and trousers. It embodied many moods being soft yet graphic and crisp yet flirty. Had it been in a richer jewel tone, the impact would have been even stronger. 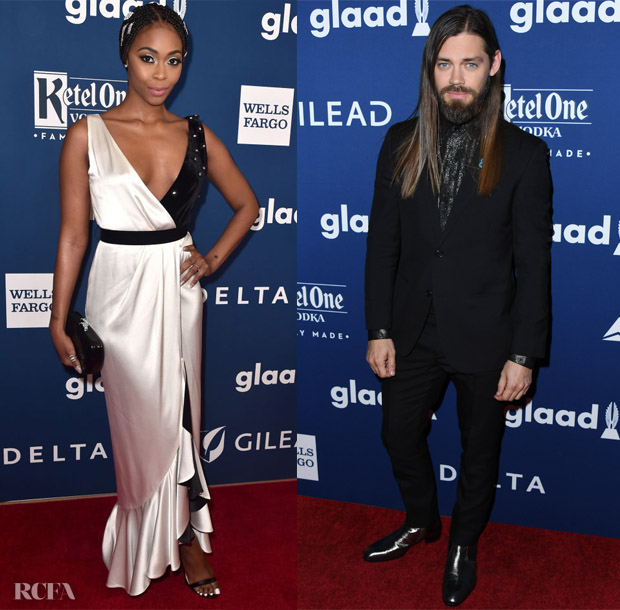 Nafessa Williams: After making a bold statement at GLAAD’s 2018 Rising Stars Luncheon, the ‘Black Lightning’ actress was turning heads again in a two-tone gown. The way the colors merge together creates such wonderful movement around the body. She ensured a cohesive finish by carrying the embellishment from the dress into her hair accessories and jewels.

Tom Payne: The handsome ‘Walkind Dead’ actor kept this classic in Saint Laurent, with the shimmering shirt giving the look a rock n’ roll edge to go with that gloriously long, silky hair.