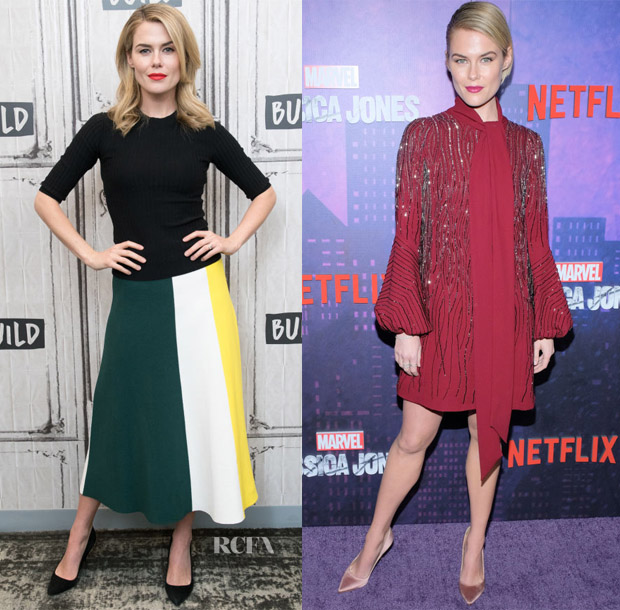 Build Series: The actress demonstrated the high impact of colourblocking in a Derek Lam Spring 2018 ensemble. Rather than playing up one of the shades in the skirt, like on the runway, she opted for a black top and heels. Her orange-red lipstick provided a surprising injection of colour, adding to the sunny disposition of the outfit.

‘Jessica Jones’ Season 2 New York Premiere: She turned up the glamour in a J. Mendel Pre-Fall 2018 dress. The rich raspberry frock was strewn with dripping embellishment that made it look like it was coated in prismatic streamers. The long bow provided some relief against the sparkle and created a sharp line on the soft silhouette. 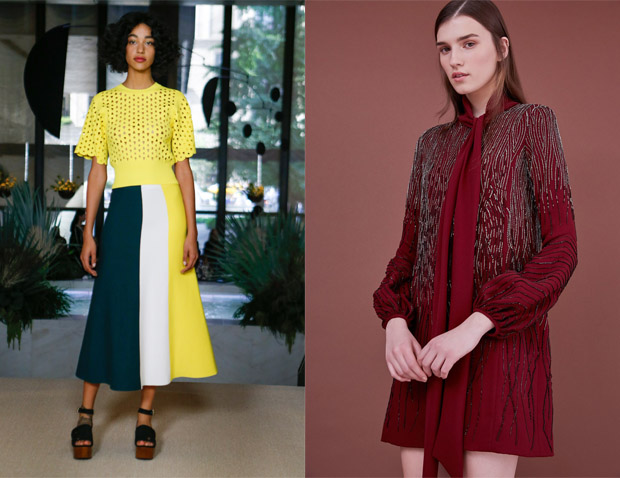 Margot Robbie’s Stark White With B...

Issa Rae Rocks A Rare All Black Look For...

Mandy Moore Is Mad For Plaid At The NBC ...