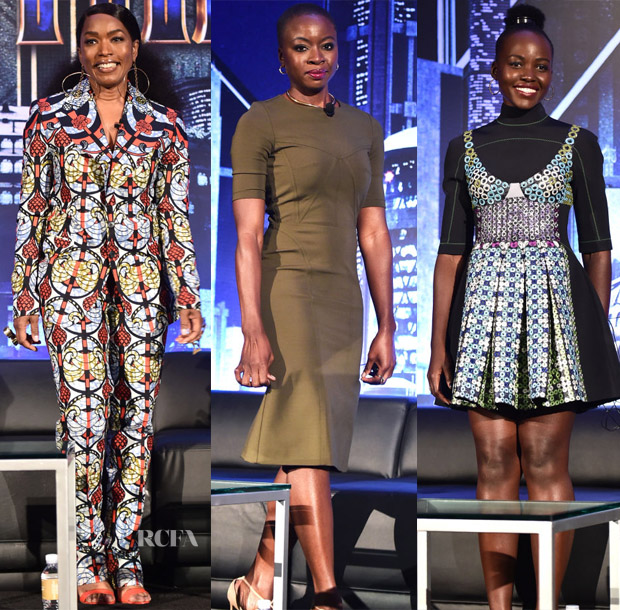 After the world premiere, the stars of Marvel Studios’ ‘Black Panther’ continued the promo tour with a global junket press conference on Tuesday (January 30) in Beverly Hills, California.

Angela Bassett: Following her glowing fringe moment, the actress switched gears with this Dent de Man Spring 2016 suit from the label named for a mountain in West Africa’s Ivory Coast. This bit of relevance, combined with what was a bold translation of traditional menswear in an all-over batik print, made for such an impactful look.

Danai Gurira: I loved Danai’s world premiere entrance, and even though this Altuzarra Pre-Fall 2018 dress was far more subtle, it was lovely for a press conference. I like the slight fit-and-flare shape as well as the tonal bustier structure to add sophisticated allure to the design.

Lupita Nyong’o: Also offering up a patterned ensemble that took a completely different direction from her regal premiere gown, Lupita looked to the signature prints of designer Mary Katrantzou. The flirty silhouette of this Spring 2018 frock, with its shorter length and kick pleats, offered a sense of youthful exuberance—although it could also be called a bit twee, too. Did you miss the belt? 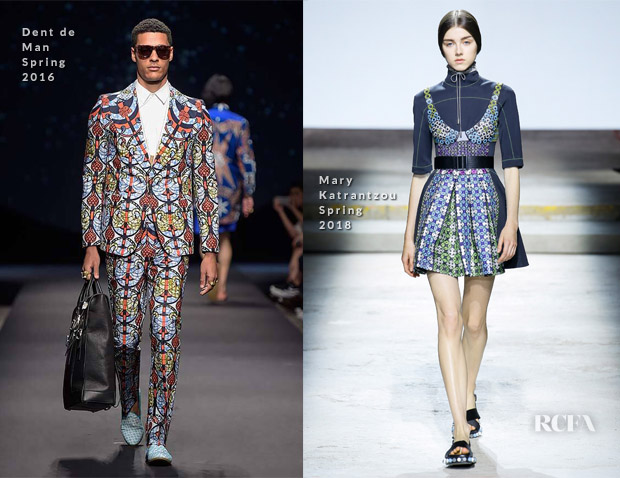