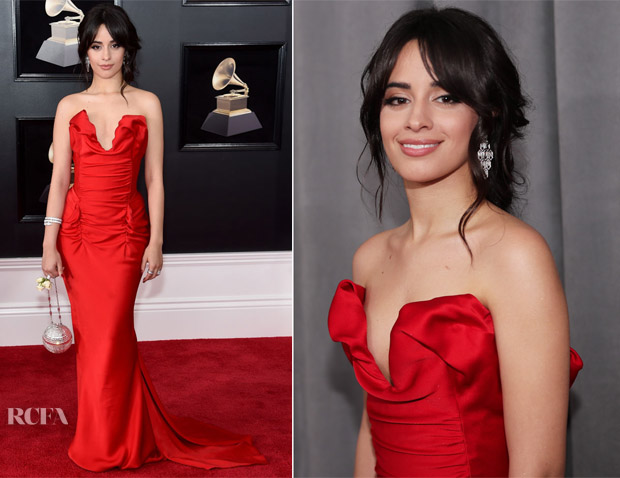 Camila Cabello was a lady in red at the 2018 Grammy Awards on Sunday (January 28) in New York City, where she joined Lady Gaga and Rita Ora.

I must admit that when I saw this, I was a bit underwhelmed.

The Grammys are a prime opportunity to push the sartorial envelope, and I think she has done that more successfully on other red carpets.

Her Vivienne Westwood Couture gown is still beautiful as it’s another example of the designer’s mastery of corsets, giving the ‘Havana’ singer a va-va-voom figure.

There is an elegant princess feel to the ensemble with the romance of her softly curled updo and jewels.

She carried white roses to support the #TimesUp movement and a chain-strap disco ball bag for a fanciful touch.