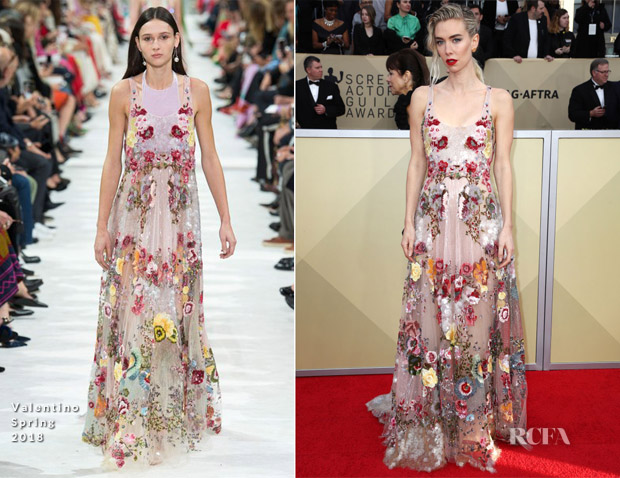 Vanessa Kirby stepped out at the 2018 SAG Awards on Sunday (January 21) in LA, joining Sally Hawkins and Samara Weaving.

The actress, who was nominated for Outstanding Performance by an Ensemble in a Drama Series for her work in ‘The Crown,’ wore a Valentino Spring 2018 dress.

The pale pink gown was invigorated with floral appliqués resulting in a romantic bohemian vibe.

She simplified the silhouette by removing the halter detail which would have allowed the embroidery to shine.

However, I think her strong hair and makeup have overpowered the frock. I understand her decision to complete the look with a red lip, but the contouring and wet-look ponytail took away from everything else.