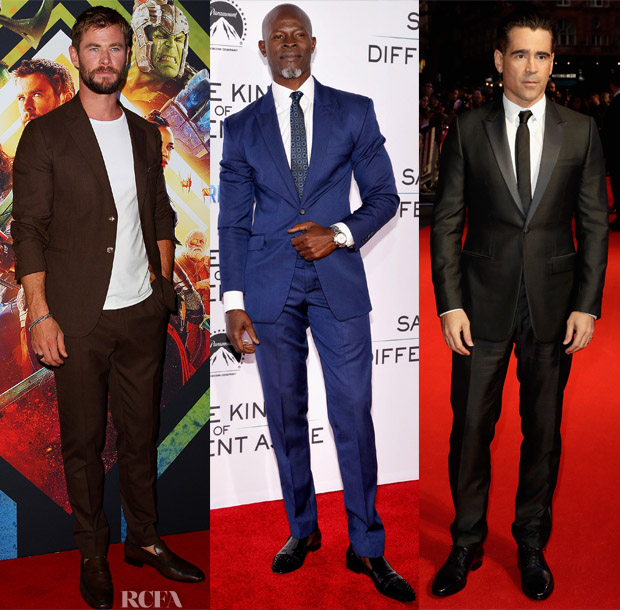 From Australia, New York and London, here is our final menswear roundup of the week.

Chris Hemsworth: After a packed red carpet for the LA premiere, Chris was flying solo for the ‘Thor: Ragnarok’ Gold Coast premiere in Australian earlier today. I never thought I could be swayed into liking a brown linen suit, but there’s an relaxed ease about the ensemble which feels like Chris put it together himself. We all know he’s not a huge fan of wearing ties, so I’m not surprised about the inclusion of a simple white tee. I much prefer this to his LA look.

Djimon Hounsou: The handsome actor joined Renee Zellweger for the ‘Same Kind Of Different As Me’ LA premiere last night. I love the tone of his cool-blue suit, I just wish he hadn’t made his timepiece the focus by bunching up his sleeves to ensure it showed.  It ruined the finesse of his suit for me.

Colin Farrell: The Irish actor’s Dior Homme all-of-the-time run continued last night as he joined Nicole Kidman and Emma Stone on the red carpet for the ‘ The Killing of A Sacred Deer’ London premiere. His charcoal grey wool classic peak lapel tuxedo was as sharp and as suave as you can get. Simple, classic and elegant. 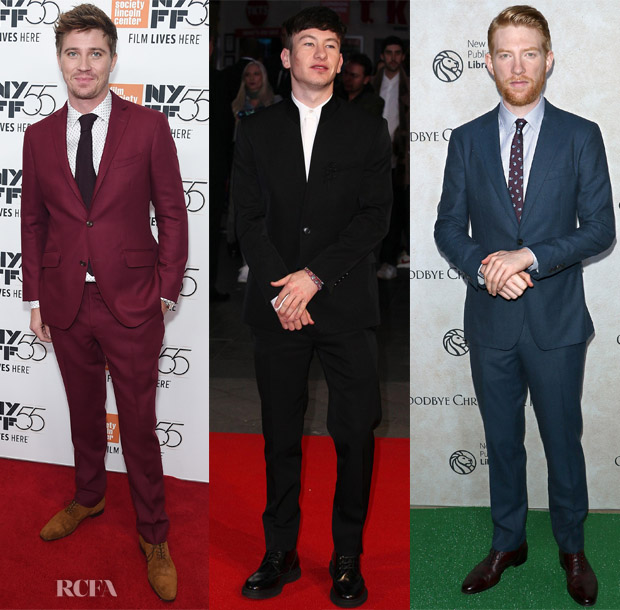 Garrett Hedlund: So his Prada suit wasn’t a one off, as the actor opted for colour again for the ‘Mudbound’ New York Film Festival screening where he joined Carey Mulligan and Mary J Blige. His berry Etro suit was interestingly styled with a printed shirt for contrast along with tan suede Louboutins. You didn’t like his last outings, so how does this one fair?

Barry Keoghan: The Irish actor may not have worn a classic tux like co-star Colin Farrell, but he was looking just as sharp in his Dior Homme black officer collar suit.

Domhnall Gleeson: The actor wore Burberry tailoring to a screening of ‘Goodbye Christopher Robin’ in New York where he joined Margot Robbie.