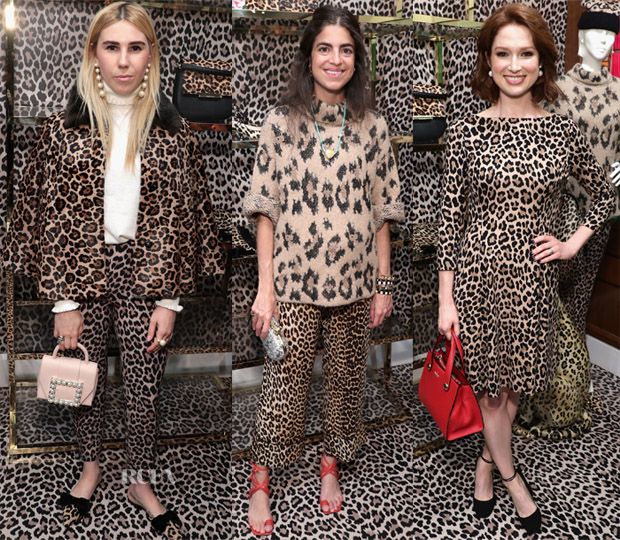 The event gave a debut to the brand’s October leopard product, with 20% of the events’ sales benefiting the ASPCA (American Society for the Prevention of Cruelty to Animals).

Zosia Mamet: For some reason Nicky Hilton sprang to mind when I saw this look. It has a Upper East side resident shopping in Saks after lunch kinda vibe.  The pearls sealed the deal for me.

Leandra Medine: The fashionista was of course presenting the coolest interpretation of this look. I love how she mixed to two styles of print and added red sandals for a unique twist.

Ellie Kemper: The actress was also having fun with leopard print in her simple fitted dress. While her look seems the safest of the trio, the red bag didn’t work for me as well as Leandra’s red sandals.