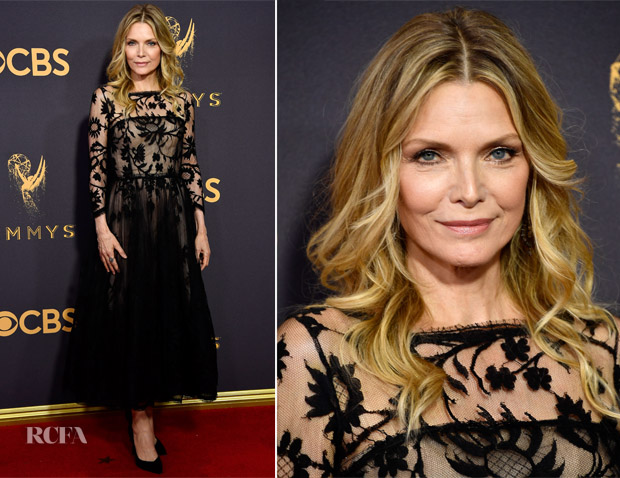 As much as I am gobsmacked by the fact she is 59 years old, I found myself craving more drama from the look. I liked the thick lacework detailed on the Oscar de la Renta dress, but it lacked the oomph that I expected from an awards season gown—especially as the actress is nominated for the Primetime Emmy Award for Outstanding Supporting Actress in a Limited Series or a Movie for ‘The Wizard of Lies.’

Some will probably find the sheer dress with lack of lining to be overplayed. Do you agree?