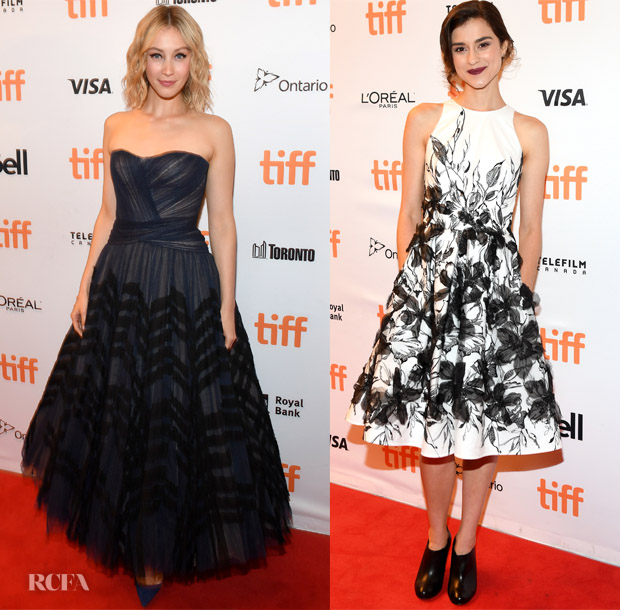 Given the buzz surrounding ‘Alias Grace,’ a Netflix series inspired by Margaret Atwood’s novel of the same name, I was excited to see what its stars were going to wear to the premiere at the Toronto Film Festival on Thursday (September 14).

Sarah Gadon: The actress went for glamour in J. Mendel Fall 2017. The navy tulle and slashes of black on the skirt added some intrigue to the prim princess silhouette.

Rebecca Liddiard: Contrasting her co-star, Rebecca chose a below-the-knee Lucian Matis dress decorated with wispy black flowers. She toughened up the ensemble with black booties and a plum lip. The shoes were neither here nor there for me, and I wished that she would have went with a more directional boot to really contrast the demure dress.

Did you expect more from the looks? 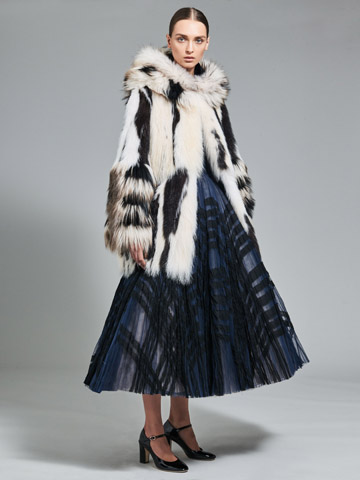