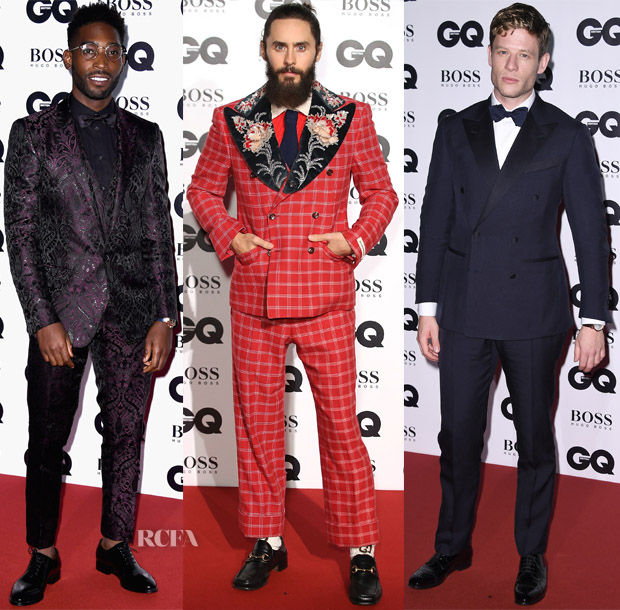 Naturally, there were a number of handsome stars at the 2017 GQ Men of The Year Awards, hosted on Tuesday (September 5) in London. Here, a look at how they dressed to impress.

Tinie Tempah: Aubergine suits always seem to make an impact, and this Dolce & Gabbana Fall 2017 ensemble was no different—except that its decorative embossing made for an even more style-forward outing. Of course, the look would not have been complete without Tinie’s signature sockless shoes.

Jared Leto: We can always count on Jared to deliver his own unique version of directional style on the red carpet. And, he did just that in this Gucci Fall 2017 floral and plaid ensemble that possessed a distinct aura of stylized, aristocratic eccentricity. Love or loathe the look, he always keeps it interesting.

James Norton: As the winner of the Breakthrough Actor of the Year award, James dressed up in a Thom Sweeney double-breasted suit. Was it just me, or did the proportions seem a bit odd between the small bow-tie, the sliver of dress shirt, and the buttoned-up jacket? 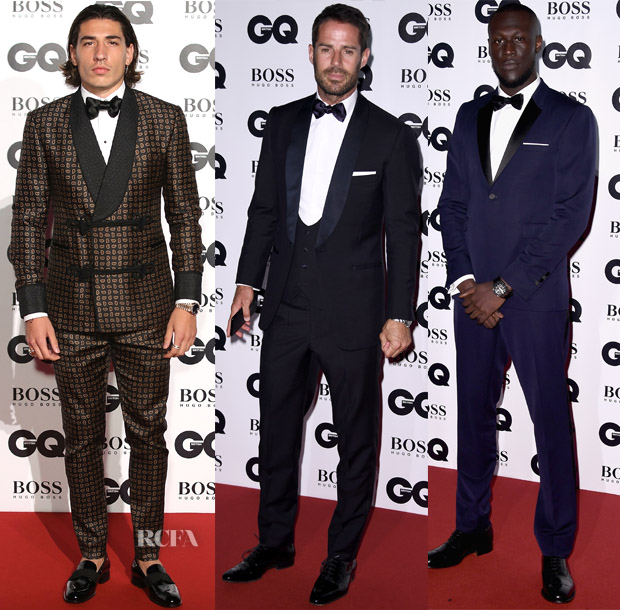 Hector Bellerin: This paisley printed ensemble was the precise fusion between suit and men’s pyjamas—a sensibility only heightened by Hector’s slipper-style loafers.

Jamie Redknapp: Leaving the more adventurous looks for his peers, Jamie kept it classic in a black tux.

Stormzy: I love the precise tailoring and deep intensity of midnight-blue hue in this Burberry suit. 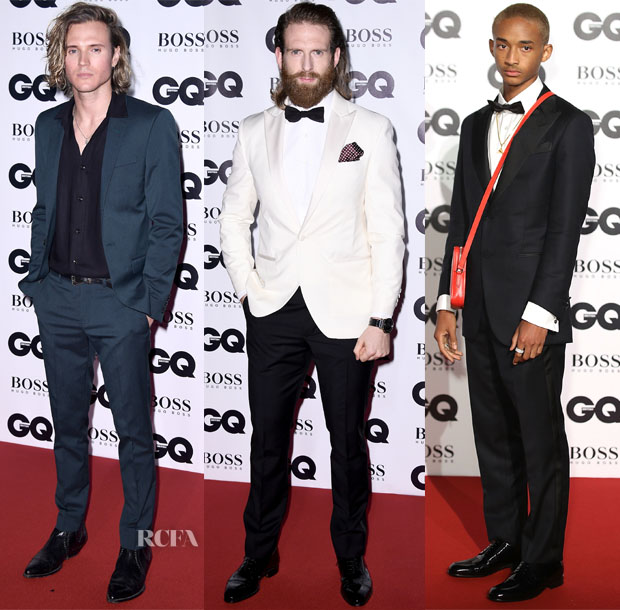 Dougie Poynter: One of the more casual stars in the mix, Dougie kept it simple in his suiting separates. However, the forest-green colour did set them above the expected standard whilst making the look a bit more special for this red-carpet night.

Craig McGinlay: Craig opted for a white dinner jacket option for his tux, although no matter the formality, his long hair and beard offered up a distinctly more rustic, woodsman edge.

Jaden Smith: Any ordinary suit would have been far too traditional for the young up-and-comer, so the Louis Vuitton x Supreme crossbody red bag was called into action to accessorize this Louis Vuitton black suit. 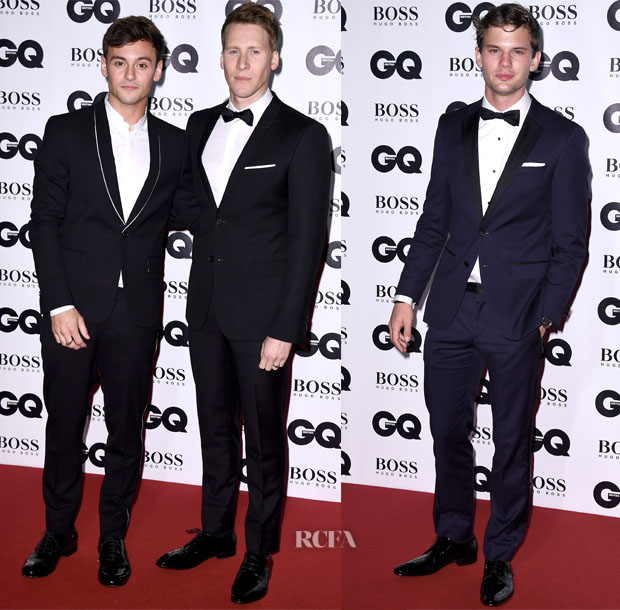 Tom Daley and Screenwriter Dustin Lance Black: The couple coordinated their looks in ensembles by The Kooples, with Tom opting for a more laid-back vibe and Dustin looking ever so polished and sleek in a classic tuxedo.

Jeremy Irvine: His tux took on a youthful, slightly unkempt flair with the slim proportions and unbuttoned jacket that revealed a more low-slung, slouchy trouser.

Which guy caught your eye?