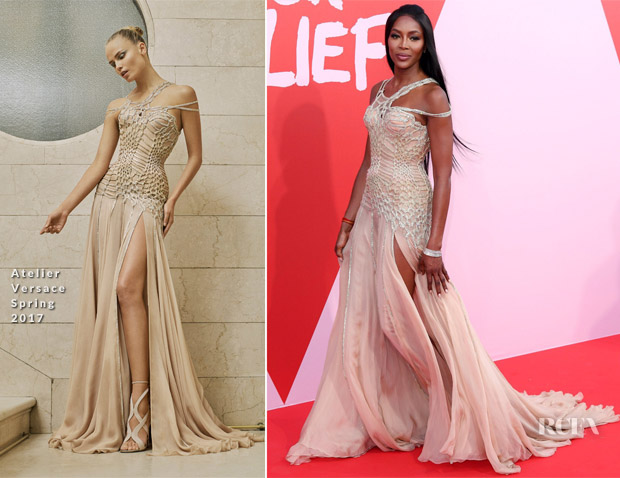 The Fashion for Relief gala and runway show event was held during the 2017 Cannes Film Festival on Saturday (May 21), with attendees turning up the volume on their own fashion statements for the evening.

Naomi Campbell: Before gracing the runway at the event, the supermodel stunned in an Atelier Versace Spring 2017 gown with Santoni sandals and Bulgari jewels. The slithery, slit-to-there was Naomi’s version of a Grecian goddess look; I loved the movement of the diaphanous skirt and the shimmer of the knotted overlay that infused the look with an intriguing edge. 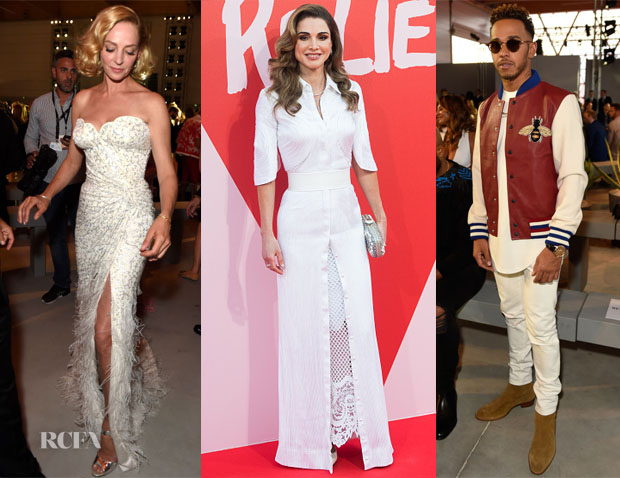 Uma Thurman: After her questionable last look, Uma redeemed herself a bit in this Atelier Versace embellished number styled with Giuseppe Zanotti sandals. However, am I alone in thinking the dress felt a bit dated?

Queen Rania Al-Abdullah of Jordan: I have a feeling that this Givenchy Haute Couture by Riccardo Tisci dress was far more beautifully perceived in person with its tonal embroidery and lace underskirt. Its pristine-white polish is what kept me most interested. 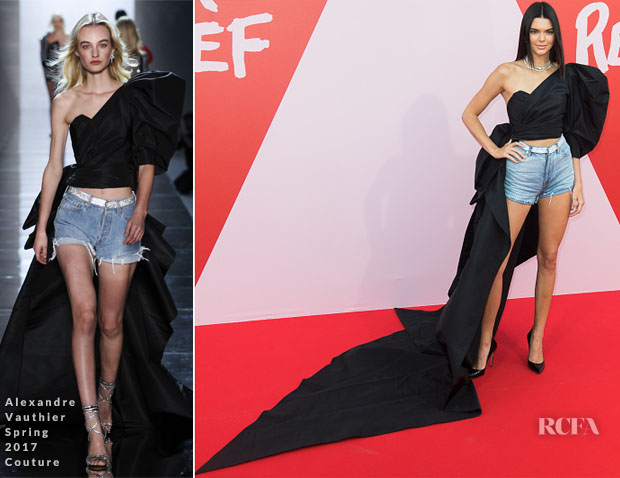 Kendall Jenner: Kendall was the model who closed out the Alexandre Vauthier Spring 2017 Couture show, but not in this design. So, she gave it a red-carpet run and worked the gutsy-glam mood to the best of her ability. I can appreciate its rebel flair—and the big drama of the pouf sleeve and train. But the rational part of me says that it looks like she’s wearing denim cutoffs while waiting for her skirt to be steamed. Gianvito Rossi ‘Ellipsis’ pumps completed the multiple-personality look. 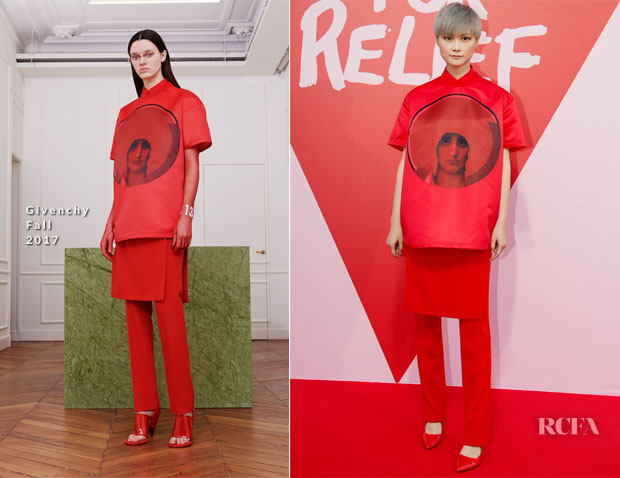 Li Yuchun: Never failing to make a bold statement, Li returned to a slightly more androgynous side in this Givenchy Fall 2017 red ensemble. Playing to both her experimental side and a sleek composure of form, this is how she rocks sleek power dressing. However, I am a bit surprised that she didn’t wear the sheer sleeves. 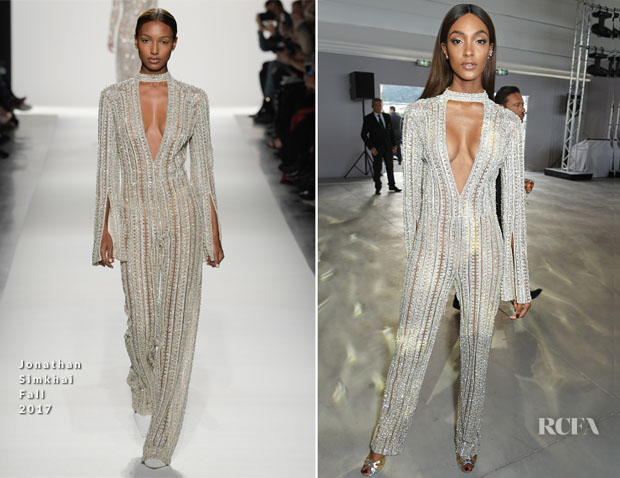 Jourdan Dunn: This disco-ready Jonathan Simkhai Fall 2017 crystal-studded jumpsuit was giving me a case of Saturday Night Fever, but more so because the epidemic of panties-flashing continued. Messika jewels completed the look that brought new meaning to flash dance. 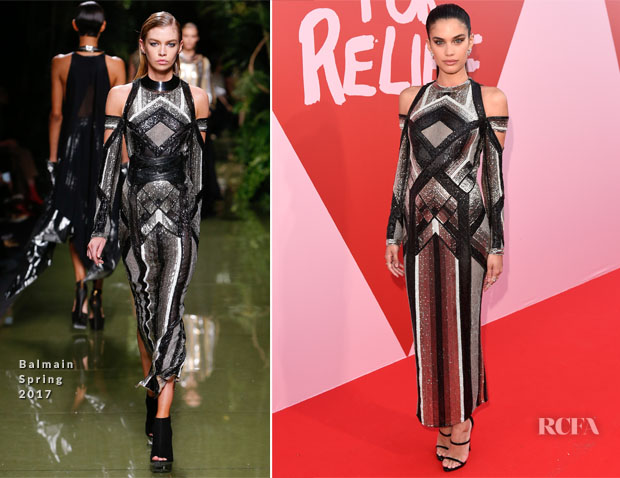 Sara Sampaio: Geometry was Sara’s favoured subject for the night in this Balmain Spring 2017 gown paired with Messika jewels and Giuseppe Zanotti sandals. 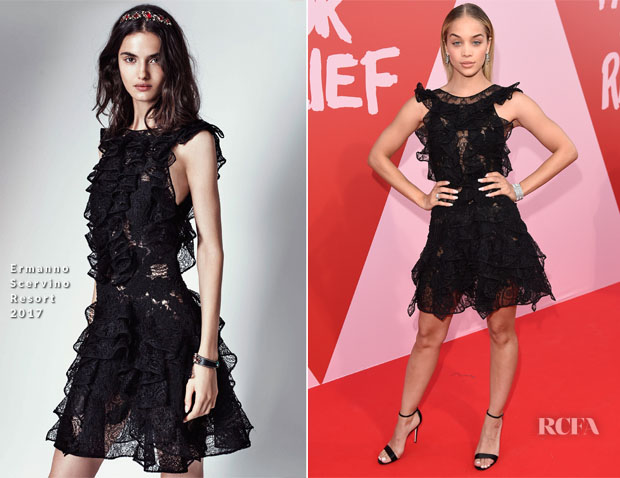 Jasmine Sanders: This black Ermanno Scervino Resort 2017 lace frock had a youthfully flirty and girly mood, but it was rather forgettable for Cannes, even when styled with an array of jewels and René Caovilla sandals. 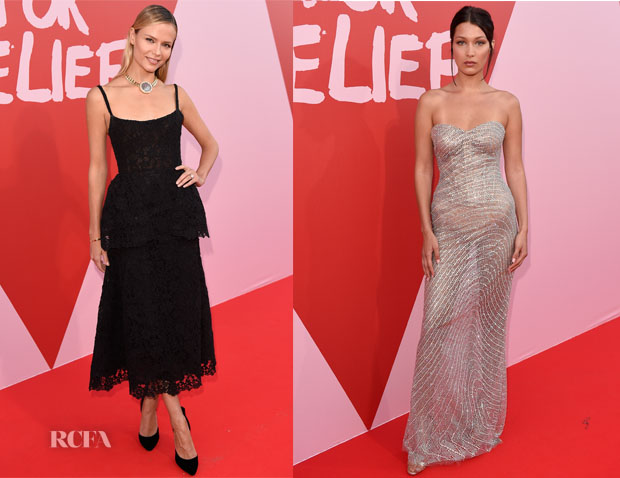 Natasha Poly: Natasha left her higher octane looks for when she took to the runway at the event. She started the night off in a more conservative Ulyana Sergeenko gown with the Russian designer’s signature, poised ladylike form evident in the peplum detailing. Santoni heels completed the look.

19 Responses to Cannes Fashion For Relief