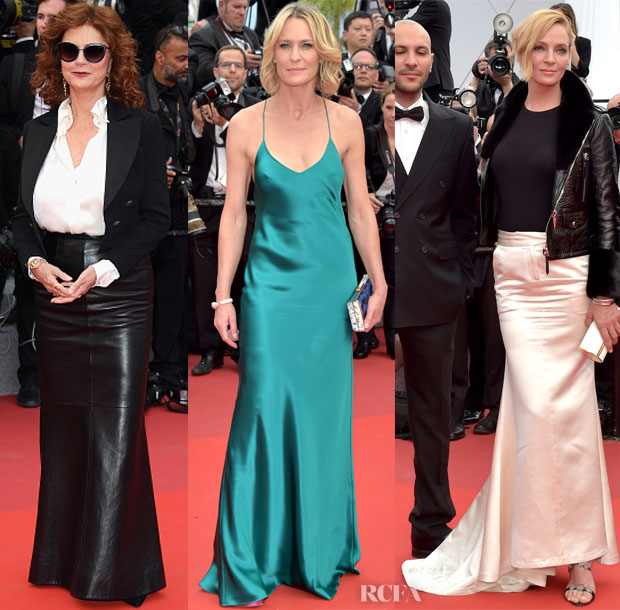 The ‘Loveless (Nelyubov)’ premiere at the 2017 Cannes Film Festival on Thursday (May 18) included a number of other bold names on the red carpet, although I fear that none of them will have upped the Cannes style ante this year.

Robin Wright: Robin opted for a long gown this time out, but while the colour was magnificent, the satiny slip dress fell rather flat. A blue velvet Hayward clutch completed the look.

Uma Thurman: Uma impressed me yesterday, but I was left supremely puzzled by this Giuseppe Zanotti Fall 2017 ensemble consisting of a ‘Connie’ black croc-stamped biker jacket—why in the Cannes summer?—paired with an ill-fitting, creased satin skirt and a Tod’s clutch. It was a bit of a mess. 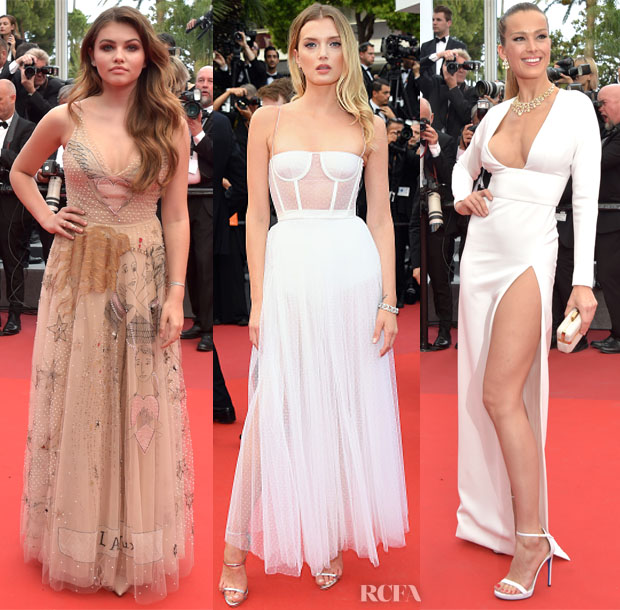 Thylane Blondeau: Not only did Daria Strokouz wear a similar illustrated gown yesterday, this exact Christian Dior Spring 2017 tarot-card design has previously been worn by Nicole Kidman and Sonam Kapoor. This is Cannes, and it is no time for such repeats. If only her dress had lived up to her gorgeous waves.

Lily Donaldson: This Christian Dior sheer corset gown has also become rather ubiquitous, making for a been-there-seen-that look, even if this version didn’t make use of the logo straps. Giuseppe Zanotti metallic sandals finished the look.

Petra Nemcova: This 2nd Skin Co. white gown was custom, which left me wondering why it didn’t seem to fit better. The leg jut made another repeat appearance, much to many of our chagrin, I’m sure. Chopard Red Carpet Collection jewels brought plenty of shine, and I did love Petra’s sleek, braided ponytail.